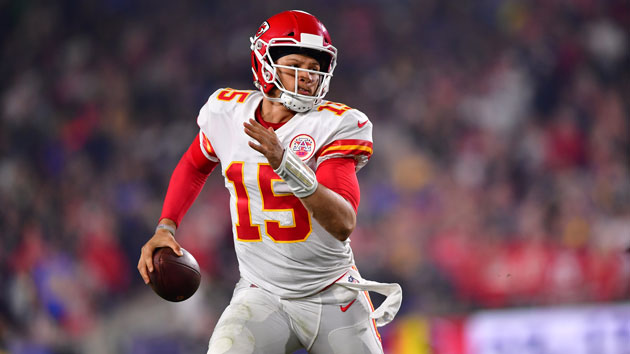 The Chiefs scored at will in a 40-33 win over the Oakland Raiders, just days after cutting Hunt when video from TMZ showed him shoving and kicking a woman.

Hunt's replacement, Spencer Ware, is no stranger to the starting job. He filled in for then-starter Jamaal Charles in 2016, rushing for 921 yards and three touchdowns in 14 starts. He struggled on Sunday, averaging a subpar 3.4 yards per carry, but made up for it with a touchdown in the third quarter.

Ware spoke about Hunt after the game, saying he hasn't reached out to Hunt despite having a close relationship.

"That's my brother," Ware told reporters after the game. "It's a tough situation. But the men in this circle, the men in the locker room … we've got one goal, and that's to win a Super Bowl."

"We had a close relationship," he said. "I saw the stuff that happened. We don't do those things, but at the same time I'm just kind of focused on our organization, the Chiefs."

The Chiefs plan on bringing in reinforcements to bolster their running back corps. Free agent running backs Charcandrick West and CJ Anderson will work out to potentially fill Hunt's roster spot.