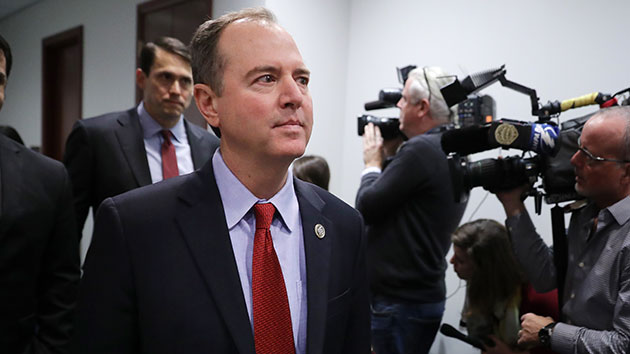 Chip Somodevilla/Getty Images(WASHINGTON) — Rep. Adam Schiff, the leading Democrat on the House Intelligence Committee, said there is now a witness in special counsel Robert Mueller's investigation — President Donald Trump's former attorney Michael Cohen, who Schiff said confirms that "the president and his business are compromised."
"There is now testimony, there is now a witness who confirms that in the same way Michael Flynn was compromised, that the president and his business are compromised," said the California congressman on This Week Sunday.
On Thursday, Cohen pleaded guilty to lying to Congress in a deal with Mueller.
According to court documents, Cohen admitted to making misstatements regarding the Trump organization's efforts to develop a branded property in Moscow to congressional committees investigating Russian influence on the 2016 election — including the House Intelligence Committee, which Schiff is set to lead come January.

Cohen had previously struck a plea deal with federal prosecutors in the Southern District of New York in August after admitting to campaign finance crimes.