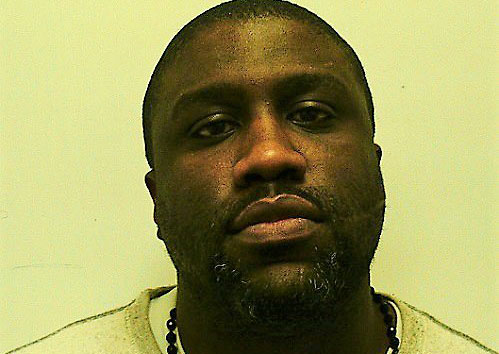 Oklahoma Department of Corrections
Posted on December 2, 2018 by ABC News

Oklahoma Department of Corrections (STILLWATER, Okla.) — A massive manhunt in Oklahoma for a convicted murderer serving a life sentence continued Sunday, three days after he posed as his look-alike cellmate and was bailed out of a county jail, officials said.
Escaped fugitive Patrick Walker, 34, was described as a "violent individual" by state prison officials, who are asking the public to call 911 if he is spotted.
Matt Elliott, a spokesman for the Oklahoma Department of Correction, said U.S. Marshals, county deputies and state troopers across the state are searching for Walker.
"It's as intense as it was from the beginning. The marshals were involved from Day 1," Elliott told ABC News on Sunday.
Walker escaped Thursday from the Payne County Jail in Stillwater, Oklahoma, where he was being held pending a court hearing on charges he assaulted a guard at the Cimarron Correctional Facility in Cushing, Oklahoma, officials said.
"He impersonated one of his cellmates, had their identification information — like their ID cards, things like that," Elliott told ABC affiliate station KOCO-TV in Oklahoma City. "He was able to pose as that inmate and bond out."
Walker allegedly stole the identification card of Charles Pendarvis, threatening to harm Pendarvis' family if he didn't give him his ID, officials said.
Elliott said Walker may still be using Pendarvis' identity and that investigators are looking into whether Walker got outside help in arranging the bond.
Walker signed his own name on the bail forms when he was released Thursday night, but the bondsman who asked for his signature didn't catch it until after Walker left the jail and vanished, officials said.
"This is a violent individual, and he should not be approached or dealt with in any way other than by law enforcement," Elliott said. "If anybody sees him or thinks they may recognize him, they need to call 911 immediately."
Authorities suspect Walker is armed and dangerous.
He was described as standing 5 feet 7 inches tall and weighs 174 pounds, with brown eyes and a long scar on the left side of his face running parallel to his jawline.
Walker is serving a life sentence for the Nov. 6, 2001, killing of 19-year-old Brandon Harlan, who was found shot to death in a car in Oklahoma City. A jury convicted Walker of murder in 2003, and he was sentenced to life in prison.
Copyright © 2018, ABC Radio. All rights reserved.