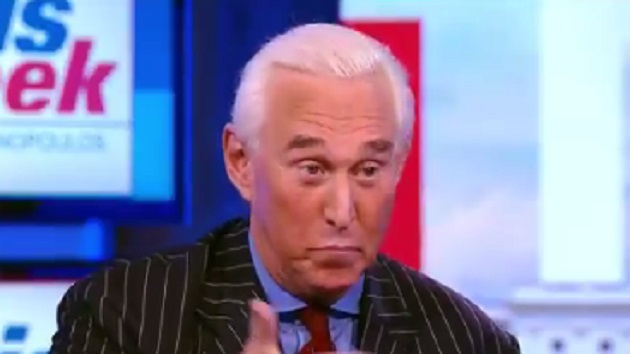 ABC News(NEW YORK) — President Donald Trump's longtime ally, veteran political operative Roger Stone, said his emails about WikiLeaks publisher Julian Assange during the 2016 presidential election, which special counsel Robert Mueller is zeroing in on, are being “mischaracterized.”
Mueller’s intense focus on Stone was recently revealed when a series of email exchanges between Stone and his former associate, Jerome Corsi — a fellow Trump loyalist who Stone hired to conduct research in advance of the election — emerged last week.
“Let’s go back to those emails because I think they’re mischaracterized, and they need some context,” Stone told ABC News Chief Anchor George Stephanopoulos on "This Week" Sunday after Stephanopoulos read the emails. “Yes, I contacted Jerry Corsi because at some point, Ted Malloch, who I’d met once, dropped Assange’s name like every politico in America, like every political reporter, I was interested in knowing what exactly [WikiLeaks] had.” Ted Malloch is a London-based conservative author.
In an interview with ABC News on Monday, Corsi, who said that he decided to reject a plea deal he said was offered to him by Mueller, provided ABC News with copies of a plea agreement he said was drafted by Mueller’s prosecutors, which cites three emails involving Stone.