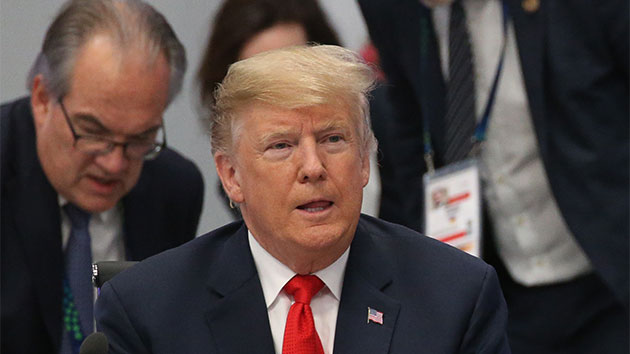 Mikhail Svetlov/Getty Images(WASHINGTON) — The highly-anticipated dinner meeting between President Donald Trump and Chinese President Xi Jinping is underway, where the two leaders and their top officials are expected to discuss the trade impasse between the two countries which has led to an escalation of retaliatory tariffs.

Trump expressed optimism that, based on his and Xi’s friendship, the two sides would be able to hammer out an agreement that would prevent U.S. tariffs on Chinese imports from a scheduled increase in January.

“The relationship is very special, the relationship that I have with President Xi and I think that is going to be a very primary reason why we will probably end up getting something that will be good for China and good for the United States,” Trump said.

Trump noted that he will be departing for Washington, D.C. once the dinner concludes and that following his arrival, the presidential aircraft Air Force One will be reset and sent to Houston, Texas, where it will bring the remains of the late president George H.W. Bush to Washington for his state funeral.

Xi also expressed his sympathies for the Bush family and said the Chinese foreign ministry conveyed its condolences to them.

He said the meeting with Trump was a “representation of our personal friendship.”