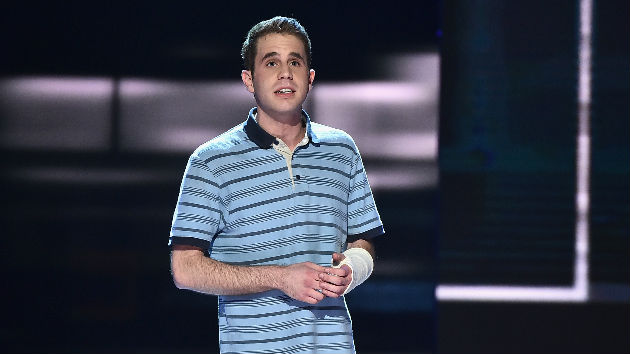 Theo Wargo/Getty Images for Tony Awards Productions(NEW YORK) — Hit Broadway musical Dear Evan Hansen is coming to the big screen.
Universal Pictures has acquired movie rights for the six-time Tony award-winning musical, the company confirmed to ABC News.
Ben Platt is reportedly in talks to reprise his role as the title character, Evan Hansen, for the film adaptation.
The 25-year-old actor, who gave his final performance in the Broadway musical in November 2017, took home both a Tony Award for Best Actor in a musical and the prestigious Drama League's Distinguished Performance Award in 2017, which Hamilton’s Lin-Manuel Miranda received the year before.

The story centers on a young man who struggles to communicate with those around him and make sense of tragedy following his friend’s suicide.

Stephen Chbosky will direct, Dear Evan Hansen playwright Steven Levenson will write the script and Marc Platt and Adam Siegel will produce the film, according to Variety.

Tony, Grammy and Academy Award-winning songwriters Benj Pasek and Justin Paul will also be involved in the project.