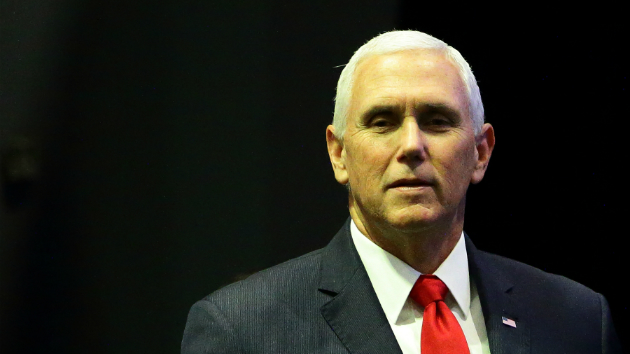 Suhaimi Abdullah/Getty Images(WASHINGTON) — Over the course of his presidency, Donald Trump has railed against Mexico over immigration, touted his plans for a border wall and threatened to close the Southern entry points between the two countries because of a migrant caravan from Central America. But this weekend, the president plans to sign a sweeping new trade deal with Mexico — the United States-Mexico-Canada Agreement — and he's sending a large delegation to the Saturday inauguration of Andres Manuel Lopez Obrador.
The meetings this weekend between the United States and Mexico come at a consequential moment for two countries whose relationship has been, at times, tense and complicated.
While the president will not be attending the inauguration ceremony of Andrés Manuel Lopez Obrador, also known as AMLO, he is sending Vice President Mike Pence, his daughter and adviser Ivanka Trump, Energy Secretary Rick Perry and — in a signal to the importance the border plays in relations between Mexico and the U.S. — Homeland Security Secretary Kirstjen Nielsen. Pence will be attending a special luncheon and photo-op with Lopez Obrador following the inauguration ceremony.
Jared Kushner, the president's son-in-law and adviser, will receive the prestigious Order of the Aztec Eagle — the highest honor Mexico bestows upon foreigners –- from outgoing Mexican President Enrique Pena Nieto on Friday for assisting with the USMCA deal. That decision was not without controversy, however, because despite gains on trade, tension along the U.S.-Mexico border remains a significant issue for the incoming president of Mexico.
"The trade deal will give a degree of certainty for the business community from all three countries, but uncertainty continues with all the public rhetoric about the border and migration," said former U.S. Ambassador to Mexico Earl Anthony Wayne. "And the threats to close the border haven't been well received by Mexico."
Trump campaigned on making Mexico pay for the border wall and has criticized the Mexican government's response to the caravan of migrants that has traveled through the country. Now, the incoming Mexican president and Trump have the opportunity to start fresh and build a new foundation for Lopez Obrador's six-year term.
Lopez Obrador won his election in Mexico by focusing on domestic issues like reducing poverty, combating violence and crime throughout the country, and improving how the Mexican people receive government services. He has received comparisons to Trump for being an outspoken, populist politician.
"If one is looking at the United States first the other is looking at Mexico first," Wayne said.
"The relationship with the United States is important to Mexico because they sell 80 percent of their exports to us and there are intense human relationships across the border," Wayne said. "So Lopez Obrador clearly would like a good relationship but the reason is he would like to carry out his domestic reforms and having a good relationship with the United States will allow that to take place."
One of the key conversations taking place over the weekend will focus on the issue of asylum seekers at the U.S.-Mexico border. While Mexico denied any deal with the United States that would require asylum seekers to remain in Mexico while their case is being processed in the U.S. courts, the White House said the two governments are in conversation.
The Sunday after the inauguration, Secretary of State Mike Pompeo and Nielsen plan to meet with the incoming Mexican foreign minister to discuss border policy, among other issues.
"We won't have a final decision until the new government actually takes over, which will happen on Saturday," White House press secretary Sarah Sanders said during a press briefing Tuesday.
Also at issue, the United States' use of tear gas at the border against migrants coming in from Mexico. The use of force at the border could potentially set up a showdown between the Trump and Lopez Obrador administrations as the incoming Mexican president has made human rights a main focus.
In addition to the White House delegation, a bipartisan group lawmakers from Texas will be attending Saturday's ceremony including chairman of the House Foreign Relations Committee Rep. Michael McCaul, Sen. John Cornyn and Congresswoman Sheila Jackson Lee.
Copyright © 2018, ABC Radio. All rights reserved.