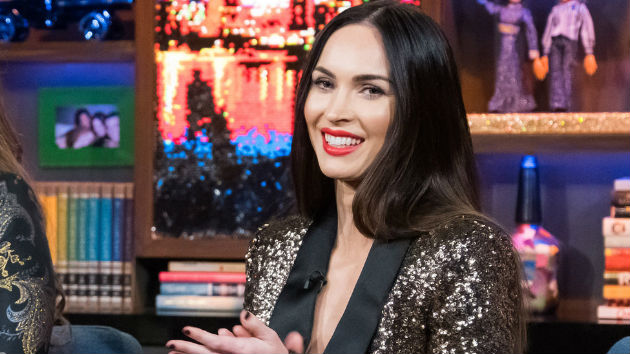 Charles Sykes/Bravo(NEW YORK) — Megan Fox and Shia LaBeouf’s friendship transformed into something more on the set of 2007’s Transformers.

Fox confirmed on Bravo’s Watch What Happens Live Thursday night that she and LaBeouf did indeed have a fling while working together.

“I mean, I would confirm that it was romantic,” she said when asked about their relationship during a round of “Plead the Fifth.”

Fox, who’s been married to Brian Austin Green since 2010, added about LaBeouf, “I love him. I’ve never been like really quiet about that. I love him.”

LaBeouf had previously hinted that he had an on-set romance in a 2011 interview with Details magazine. “I think you can see the chemistry onscreen,” he said.

Also during “Plead the Fifth,” Fox revealed she’d pick Mary-Kate Olsen over Ashley Olsen and that she once got so angry at her husband that she “wrote in Sharpie a bunch of Nietzsche poems on his wall.”