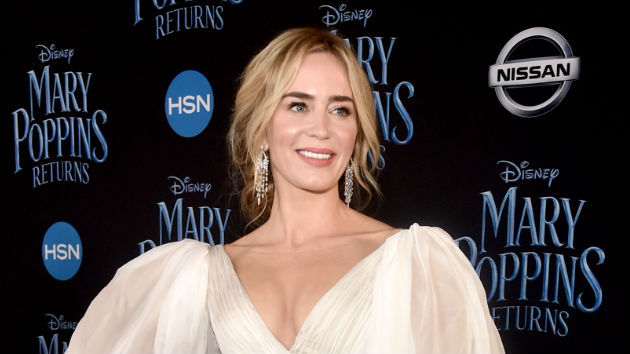 The movie musical is an all new original sequel to the Julie Andrews classic; in the film, Blunt's practically-perfect nanny Mary Poppins is back, "to help the next generation of the Banks family," according to ABC News' parent company Disney.

The music for the movie was written by multiple Oscar nominee Mark Shaiman [SHAY-man], who told ABC Radio on the red carpet that he was feeling the pressure following up the beloved 1964 Disney classic. "Yeah, it was the greatest pressure of any job that anyone could ever have! But we had to turn that fear around and realize that we had a chance to write a love letter to the first movie."

Shaiman explained the first hurdle was the misconception that the film was a remake — so they avoided the classic songs of the original Mary Poppins. "I think they would be outraged that we dared try to have other people sing 'Spoonful of Sugar' or 'Supercalifragilisticexpialidocious.' And I do think those who love the first movie will eventually uncross their arms — because no one could love the first movie more than I!"

He joked, "When I left for this premiere, that was the last time I'm going to look into the computer for a good few months. No comments section for me," he laughed.