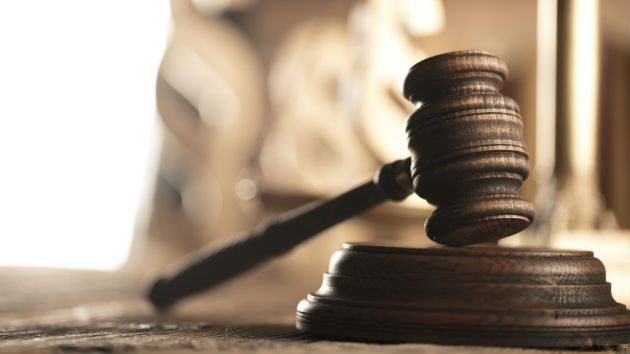 iStock/Thinkstock(DAMASCUS, Md.) — A group of high school football players have been indicted on dozens of new charges in Maryland for allegedly raping four younger teammates in a school locker room.
Four Damascus High School sophomores were indicted on multiple assault charges, accused of brutally sodomizing freshman players with a broomstick last month, Montgomery County State Attorney John McCarthy told ABC News' Good Morning America on Friday.
The 15-year-old suspects — identified as Jean Claude "JC" Abedi, Kristian "KJ" Jamal Lee, Will Daniel Smith and Caleb Thorpe — were each charged with eight counts of sexual assault, attempted assault and conspiracy to commit assault, McCarthy said. Each of the four teens were previously charged with rape, attempted rape and conspiracy to commit rape on Tuesday.
Under Maryland law, the teens, who were charged as adults, could face up to life in prison over their alleged involvement.
“Some people have used the term 'hazing' in relation to this, but this is not hazing,” McCarthy said. “We take this seriously and I'm not looking to send a message to anybody beyond the boys that were the victims in this case and those who committed these crimes that there will be accountability when you engaged in the kind of activities that these boys engaged in.”
The Oct. 31 assaults came to light when the father of one of the victims found him sobbing in his room later that night and reported it to the school, according to charging documents. The high school's principal "reported an assault involving a broom" the next day, according to the document from last week's charges.
"JC Abedi and KJ Lee grabbed [victim B] by the shoulders and threw him on the floor. One of them held his feet down and while he was face down on the ground, his pants were pulled down and he was ‘poked in his buttocks with the wooden broom,’” the document stated.
The sophomores allegedly assaulted each freshman individually, according to the documents. At least two of the defendants could be heard laughing during the attack as one of the alleged victims yelled and screamed, according to the prior documents.
The suspects allegedly pulled another victim's hoodie "over the top of his head, punched him in the face, knocked him on his back and stomped on him," during the assault, the arrest documents stated.
One victim told police that “someone in the locker room stated that it would be good to do it to” him as well, before Abedi, Lee and Smith proceeded to hold him “face down on a bench in the locker room and pulled down his uniform practice pants and blue boxer shorts,” according to the documents, which identified the victim as “Victim C.”
Victim C stated that “that they ‘stabbed’ his buttocks several times,” according to the documents. He described the broomstick as a wooden handle with a "cut on the tip of it" and said the assault went on for about 10 seconds before Abedi, Lee and Smith proceeded to do the same thing to another member of the Junior Varsity football team.
Another student was involved as both a victim and suspect. That student was not identified "because he is a juvenile and is not being charged as an adult," according to the arrest warrants. The status of his case, or what he is being charged with, are unclear.
Authorities are now investigating if similar attacks have occurred in the past. One victim was told the act was a tradition at the school, but investigators have not “sustained or found any confirmed case of this ever happening before.”
“We have pledged to the community to look beyond the incidents of Halloween this year, 2018, when this event took place to look back to prior years and we will fully investigate along with Montgomery police whether this has happened before,” McCarthy told GMA. “Is it urban lore or is this reality? We're trying to find out what the truth of it is and quite candidly as I sit here today, I don't know the answer to that question.”
Authorities executed a search warrant for the locker room and collected a wooden broomstick as evidence, according to the court documents.
Defense attorney David Felsen, who is representing Smith, told ABC News that he planned to file a motion to have the case sent back to juvenile court, which McCarthy said was "standard procedure." Thorpe's attorney, Shelly Brown, also said her client "should be treated as a child in the justice system."
"Jean-Claude is a young man who is caught up in case that is larger than him," Abedi's attorney, Daniel Wright, told ABC News following the rape charge. "Why is the school and the state seeking to fix all of the blame only on children?"
Jason Downs, Lee's attorney, did not respond to a request for comment, but said in court on Tuesday that his client was being painted as much more involved than he actually was.
A spokesman for Montgomery County Public Schools did not immediately respond to ABC News' request for comment.