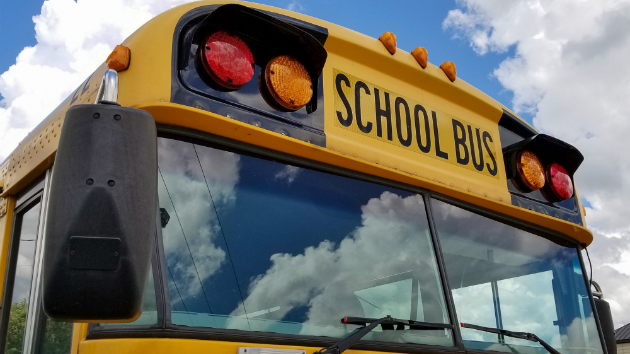 iStock/Thinkstock(WASHINGTON) — A 7-year-old girl struck by a pickup truck while exiting a school bus and crossing the street was still fighting for her life in a Maryland hospital on Thursday night.
The incident took place on a residential street in Bryantown on Tuesday afternoon when a 35-year-old woman evaded a Charles County Public School bus' flashing red lights and stop sign, according to the Charles County Sheriff's Office. The woman was driving a Ford F-250 pickup truck.
The young girl was struck by the vehicle after she exited the bus and tried crossing the street to go home.
The driver remained at the scene, sheriff's deputies said, and she may face charges pending the outcome of an investigation.
Paramedics airlifted the girl to a children's hospital to treat critical injuries that she sustained from the crash.
ABC News station WJLA-TV has identified the victim as Skyla Shirriel. A family friend, Mike Wathen, confirmed that Skyla was placed in a medically induced coma on the night she was admitted to the hospital.
A witness at the scene of the crash told WJLA that Wathen's children were nearly struck by the vehicle as well.
"The other three little boys were pretty shook-up," Wathen told WJLA. "They had a tough time last night. They just had questions about what happened to her. They all saw it."
Hospital officials say Shirriel is expected to survive her injuries, WJLA reported.
Copyright © 2018, ABC Radio. All rights reserved.