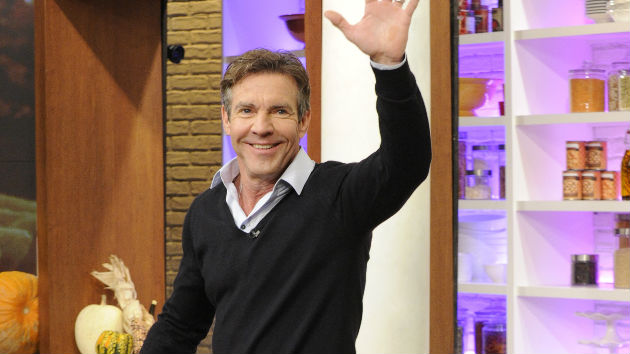 ABC/Jeff Neira(NEW YORK) — Dennis Quaid has portrayed musicians on screen – most notably Jerry Lee Lewis in 1989’s Great Balls of Fire – but his connection to music runs much deeper than that.

The 64-year-old actor tells Good Morning America that he’s been writing songs since he was 12. Eighteen years ago, he formed his band – Dennis Quaid and the Sharks – and today they’re releasing their first full-length album, Out of the Box.

As for how The Sharks got their name, Quaid says you can thank his son for that.

“I’m just glad that it wasn’t Dinosaur Week,” he jokes.

Out of the Box, which features several original songs as well as covers including Van Morrison’s “Gloria” and The Doors’ “L.A. Woman,” is out now.

CW releases first official photo of its ‘Powerpuff Girls’ cast in costume
Mayim Bialik explains why ‘Call Me Kat’ is like a “warm chocolate chip cookie”
“I’m OK with it”: ‘Mom’ star Allison Janney explains why she was never a mom in real life
Marvel Studios releases hour-long version of Daniel Brühl dancing after #ReleaseTheZemoCut trends
Daniel Brühl explains why it was so refreshing to have “some sense of humor” in ‘The Falcon and The Winter Soldier’
Aaron Rodgers salutes Alex Trebek during ‘Jeopardy!’ guest hosting debut