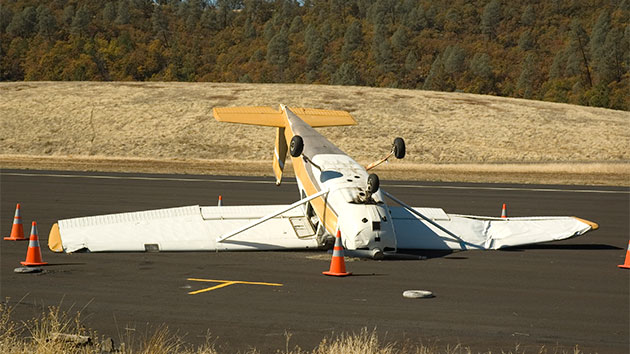 iStock/Thinkstock(NEW YORK) — All three people on board a corporate jet have died after the plane crashed in a rural, wooded area of southern Indiana, the Indiana State Police said Friday.

The Clark County Airport in Sellersburg, Indiana, said the plane had three people, including the pilot, on board when it took off at 11:24 a.m., according to police.

The National Transportation Safety Board said it is investigating. The NTSB identified the plane as a Cessna Citation.