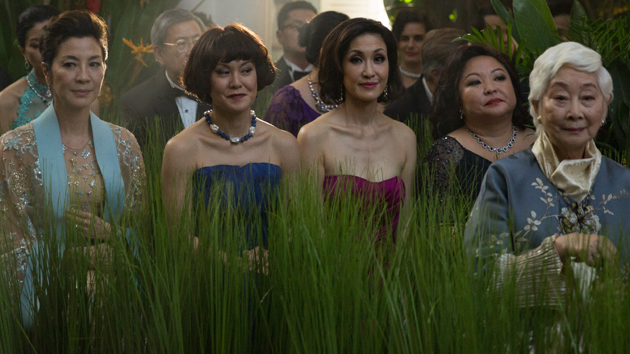 The magazine salutes their choices in the December 7 issue with four separate covers, each featuring their selections. The female stars of Crazy Rich Asians — Gemma Chan, Constance Wu, Michelle Yeoh and Awkwafina — grace one cover, while Letitia Wright, Lupita Nyong’o, Danai Gurira and Angela Bassett of Black Panther are featured on another. "Bodak Yellow" rapper and newlywed mom Cardi B gets her own cover, as does The Assassination of Gianni Versace star Darren Criss, the sole male with his own cover.

Others spotlighted in the special issue include Atlanta creator and star Donald Glover; Killing Eve star Sandra Oh and The Good Fight star Christine Baranski; A Star Is Born stars Bradley Cooper and Lady Gaga; actress Nicole Kidman; on- and off-screen couple Emily Blunt and John Krasinski from A Quiet Place; and the cast of TV's Queer Eye.

Each of the featured celebs not only talks to Entertainment Weekly about their accomplishments in the closing year, but are also the subject of a tribute essay written by a celebrity friend.

All four Entertainers of the Year EW issues are out Friday. You can check out an online preview now.