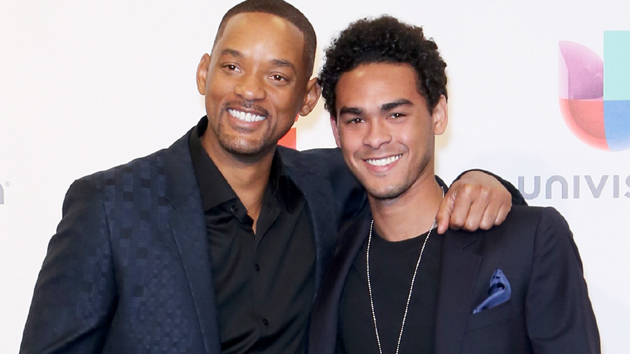 Gabe Ginsberg/WireImage(LOS ANGELES) — In an emotional Instagram post on Tuesday, Will Smith revealed he "struggled for years" with his eldest son, Trey, following the divorce from his son's mother, Sheree Zampino.

While in his hotel room in Abu Dhabi, Smith reflected on a recent moving conversation with Trey.

"He said, 'You know what dad? I just realized that you're not just my dad,' and he paused and he said, 'I'm pretty sure you're my best friend,'" Smith said while tearing up in the video. "And I was like… 'Shooooo. Yeah man. Uh probably. Probably.'"

In the caption to his post, Smith revealed how the relationship with his son has come a long way.

“It has not always been like this between Trey & I. We STRUGGLED FOR YEARS after my Divorce from his Mother. He felt betrayed & abandoned," he wrote. "It is a Wild Blessing to recover & restore a Loving Relationship with My Beautiful Son! @treysmith0011.”

Trey later reposted the video and added, “Awwwww shucks you too big guy.”

Pinkett Smith also weighed in on her hubby's post, sharing the video on Instagram and writing, “Family is always in the process of healing no matter who you are.”