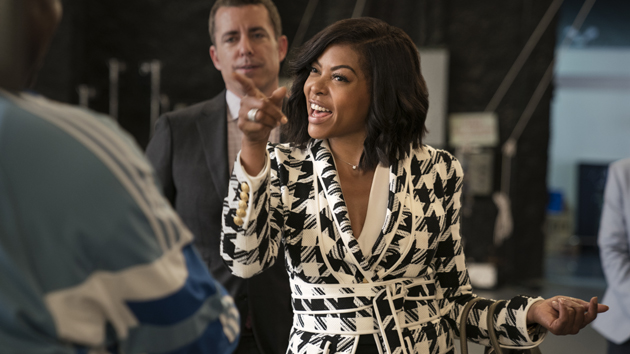 Taraji P. Henson in "What Men Want"; Jess Miglio/Paramount Pictures(NEW YORK) — In a new interview with InStyle magazine, Taraji P. Henson doesn't hold back when talking about diversity and gender equality in Hollywood.

In fact, Henson opens her interview with the strong statement, "I feel like a boss b****," citing her new role in the film What Men Want, which she also executive produces.

Inspired by the 2000 film, What Women Want, starring Mel Gibson, Henson now takes the lead role as a female sports agent who suddenly gains the ability to hear men's thoughts.

"I just felt so honored and grateful to get a comedy where I could let it all hang out," she told InStyle.

Henson also isn't one to mince her words when speaking to executives, who in the past said her fan base didn't reach overseas.

"I said, ‘You’re lying because they can reach me any time. I’m a finger tap away, and they let me know every day,'" Henson said. "Then we go to Paris, and it’s standing room only in a room with 1,500 seats. I cried. You can’t let people tell you s***"

"Here’s the deal: When you talk about money, don’t you want to make money?" she said. "I want every walk of life [in my films]. If I could put an alien in, I would… Come on, it’s what the world looks like. That’s what people want to see, representation.”

Henson is also is focused on love and health. She's set to tie the knot in July with NFL star Kelvin Hayden and also revealed she's now a vegan.

"I switched everything up out of necessity," she said. "I want to live. Thank God, because I feel so much better.”