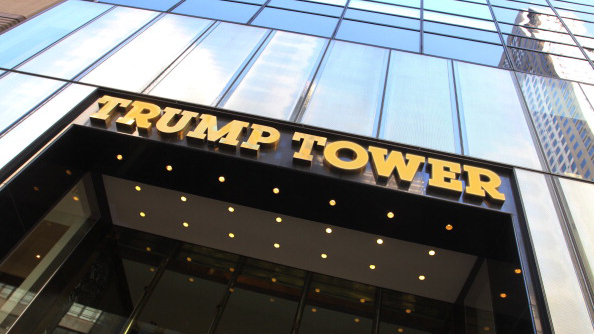 Waring Abbott/Getty Images(WASHINGTON) — The admission by President Trump’s longtime personal attorney Michael Cohen that he lied to Congress about the Trump Organization’s plans to build a Trump-branded skyscraper in Moscow has brought new scrutiny upon the sworn testimony of other Trump associates – including his oldest son.
Rep. Adam Schiff of California, the ranking Democrat on the House Intelligence Committee, has called on the committee’s Republican leadership to accelerate the release of transcripts from interviews they conducted behind closed doors to the special counsel and the public so they could be analyzed for any misleading statements.
“We believe other witnesses were untruthful before our committee,” Schiff told ABC News on Thursday. “We want to share those transcripts with Mr. Mueller.”
A Republican committee aide said the transcripts are currently being reviewed and declassified by the intelligence community. Democrats have said they will release the transcripts publicly when they assume control of the committee in January.
The main focus of the Cohen plea agreement Thursday surrounded plans he participated in to develop a Trump Tower in Moscow – an effort that Cohen had told Congress ended in January 2016, “before the Iowa caucus and … the very first primary,” according to court fillings accompanying the agreement. Special Counsel Robert Mueller’s team determined that, in fact, discussions of the deal extended well beyond that – as late as June 2016, the filing says.
“As Cohen well knew, Cohen’s representations about the Moscow Project … were false and misleading,” the court filing says.
According to two congressional sources familiar with the questioning of Trump Organization employees, several people tied to the Trump Organization were asked about the same Moscow project. Their answers – in light of Cohen’s admission – could put them in the investigators’ crosshairs.
During his appearance before the Senate Judiciary Committee in September 2017, Donald Trump Jr. was asked about the project, and his answer appears to contradict Cohen’s latest assertions.
“Do you know if they were also exploring building a Trump Tower in Moscow?” Trump Jr. was asked, according to a transcript of the remarks released by the committee.
“We had looked at it earlier than that, but it sort of faded away I believe at the end of '14,” he replied.
“But not in 2015 or 2016?” the senate questioner pressed.
“Certainly not '16,” Trump Jr. answered. “There was never a definitive end to it. It just died of deal fatigue.”
An attorney for Trump Jr. did not respond to ABC News’ request for comment.
The president’s longtime executive assistant, Rhona Graff, his longtime security chief, Keith Schiller, were also asked about the deal by congressional investigators, sources said – as was the person identified in Thursday’s court filings as “Individual 2,” who based the filings appears to be Felix Sater, the broker for the Trump real estate business pushing the Moscow deal.
Representatives for Graff and Schiller did not immediately respond to ABC News’ requests for comment. Sources close to the Trump Organization told ABC News all documents related to communications on any Moscow projects were turned over to Congress, and company officials are confident the testimony given by members of the Trump family and Trump employees was consistent with the facts.
Sater declined to comment. In an interview with ABC News earlier this year, Sater told Chief Anchor George Stephanopoulos that he “kept pushing” the deal through 2016 despite Trump’s pledge not to engage in any new foreign deals. Sater said he spoke only to Cohen about the project.
But the Mueller team notes in court filings another person who was not interview by Congress would have known about the Moscow plans – the president himself, who is identified in the court papers as Individual 1.
“Cohen discussed the status and progress of the Moscow Project with Individual 1 on more than the three occasions Cohen claimed to the [congressional] committee,” the court filing says. “And he briefed family members of Individual 1 within the company about the project.”
Only a month after discussions about the Moscow development finally broke down, then-candidate Trump told ABC News: “I have no relationship to Russia whatsoever.”
In a statement, Trump attorney Rudy Giuliani said Trump was asked about the Moscow development in written questions from the Mueller team.
“The president said there was a proposal, it was discussed with Cohen, there was a nonbinding letter of intent and it didn’t go beyond that,” Giuliani said.

“I still know kung fu” — Keanu Reeves and Carrie-Ann Moss put the pieces together in new ‘Matrix Resurrections’ trailer
Appeals court weighs whether Justice Department should substitute for Trump in defamation suit
“It’s the moment I’ve waited for my entire life”: Michael B. Jordan takes the reins of his career, and ‘Creed III’
Biden declines comment on report Trump tested positive for COVID days before debate
Dream Catch DuBois closes due to staffing issues
Michael J. Fox on retiring from acting, embracing optimism, and re-discovering what people love about ‘Back to the Future’