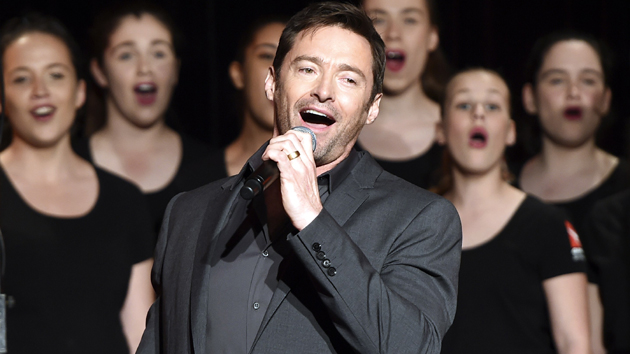 SAEED KHAN/AFP/Getty Images(NEW YORK) — He's played everything from the cigar-chomping, razor-clawed superhero Wolverine, to fallen presidential hopeful Gary Hart in his current movie, The Front Runner. But Hugh Jackman's clearly always been a song-and-dance man at heart, and he's hitting the road next year to prove it once more.

Hugh Jackman: The Man. The Music. The Show. will be a one-man world tour kicking off May 13 in Hamburg, Germany, with 12 European shows before heading to North America June 12 in Houston, Texas. There'll be 22 North American shows, including two at Madison Square Garden and another pair at the Hollywood Bowl. Tickets go on sale a week from tomorrow, including the usual VIP and other packages. Check out HughJackmanTheShow.com for all the dates and more info.

No itinerary for the show has yet been revealed but Jackman's Twitter declares, "With live orchestra, including hit songs from: The Greatest Showman, Les Miserables, & more from Broadway and film."

This isn't Jackman's first one-man show. Three years ago, he toured Australia with his show Broadway to Oz, during which he performed Broadway hits and other songs from musicals and more, backed by a full orchestra. It seems likely his just-announced tour is an expansion of that outing.

Though he most recently demonstrated his musical chops playing P.T. Barnum in last year's sleeper hit movie musical The Greatest Showman, Jackman's musical cred runs deep. In addition to his Oscar-nominated work as Jean Valjean in the 2012 film adaptation of the hit Broadway musical Les Miserables, Jackman won the 2004 Tony award for Best Actor in a Musical for his one-man Broadway show The Boy from Oz, in which he portrayed the late Australian-born singer-songwriter Peter Allen. In fact, it was playing the lead role of Curly in a 1998 London West End production of the musical Oklahoma! that first earned Jackman recognition outside of his native Australia.

Man arrested for threatening to attack LGBTQ community with guns, bombs
Man arrested, charged in harassment case against Kim Potter judge
Omicron live updates: Minnesota man who became one of the first cases in US speaks out
Jay-Z and Will Smith partner with ABC News for Emmett Till docuseries, ‘Let the World See’
Wife of famed music executive Clarence Avant killed in apparent Beverly Hills home invasion
World AIDS Day: A time for remembrance, a time for hope