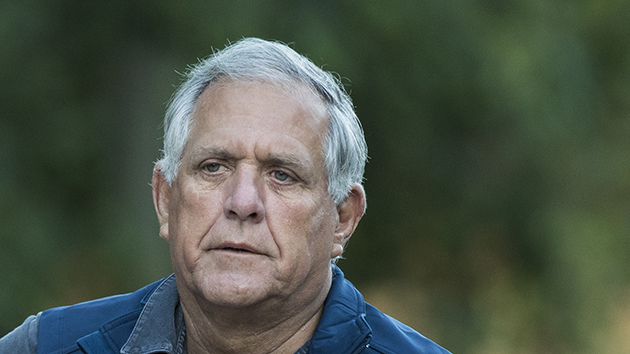 Photo by Drew Angerer/Getty Images(NEW YORK) — When Les Moonves stepped down as CEO of CBS in September amid allegations of sexual harassment and assault, he was still eyeing a $120 million payout. Now he may stand to lose it, experts say.
That that money was put into a trust by the company for his severance — if it was found he was fired without cause. But a new report in The New York Times claims that he tried to silence a potential accuser by offering her small parts on CBS TV shows and deleted a year-long series of damaging texts, which experts say could be seen as impeding internal investigations into his behavior.
The Times reported that actress Bobbie Phillips met with Moonves in his office on March 7, 1995, where he allegedly exposed himself and forced oral sex upon her. Phillips alleges a phone call distracted Moonves, and that after the call she ran out of the office. Phillips' manager, Marv Dauer, told the Times that she had been assaulted after the encounter. Dauer also reportedly showed the Times messages, starting in December 2017, discussing efforts to prevent Phillips from telling her story to reporters investigating Moonves.
CBS declined to comment on the story. A spokesman for Moonves told the Times that Phillips' manager, Marv Dauer, pressured Moonves to get jobs for Phillips and his other clients.
Moonves said in a statement to the Times, “I strongly believe that the sexual encounter with Ms. Phillips more than 20 years ago was consensual.”
The former TV executive's severance depends on the findings of two internal investigations by two law firms. But corporate governance experts say that Moonves may not get his full payout.
"If some kind of misconduct has been demonstrated, chances of severance decline considerably. This is not a particularly flattering tale," Charles M. Elson, director of the John L. Weinberg Center for Corporate Governance at the University of Delaware, told ABC News.
If Moonves did indeed delete the damning text messages, it gets very tricky, Elson said.
"If you destroy evidence there's a whole new layer of things to look at," he noted.
He added that most fired CEOs sue for their severance and the board would weigh the cost of litigation with the cost of any payout.
Peer C. Fiss, a professor at the University of Southern California Marshall School of Business, agreed with Elson.
"The board will likely still want to wait for the result of the two law firm investigations. They probably won’t need this additional ammunition, but yes, this should at least lower the amount he will get in any settlement, should the board decide to settle to make this go away and avoid lengthy litigation," Fiss said.
"If it turns out he interfered with the internal investigation, then his contract says he should get nothing," Fiss added.