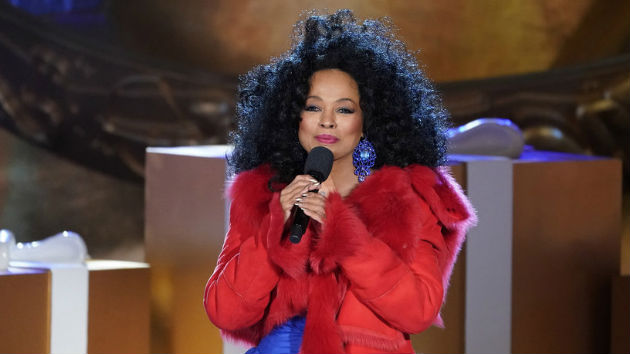 Legend opened with "That's What Christmas Means to Me," a cover of the Stevie Wonder song, which is one of the tracks from Legend's A Legendary Christmas album. He returned later to perform the classic, "I'll Be Home for Christmas."

Pentatonix, performed a capella versions of "It's Beginning to Look a lot Like Christmas" and "Rockin' Around the Christmas Tree," from their holiday album, Christmas Is Here!

Ella Mai delivered a cover of Donny Hathaway's "This Christmas," before returning later in the program to sing "Silent Night."

Thomas performed "Christmas in New York City," a "love letter" to the city he wrote following the tragic events of September 11.

A highlight of the evening was the legendary Diana Ross performing a medley of songs from her new collection, Wonderful Christmas Time, including the title track — a cover of Paul McCartney's 1979 holiday tune.

The night, which also featured Radio City Music Hall's high-stepping Rockettes dance troupe, among others, concluded with the lighting of Rockefeller Center's 75-foot-tall tree blazing with more than 50,000 multi-colored LEDs.