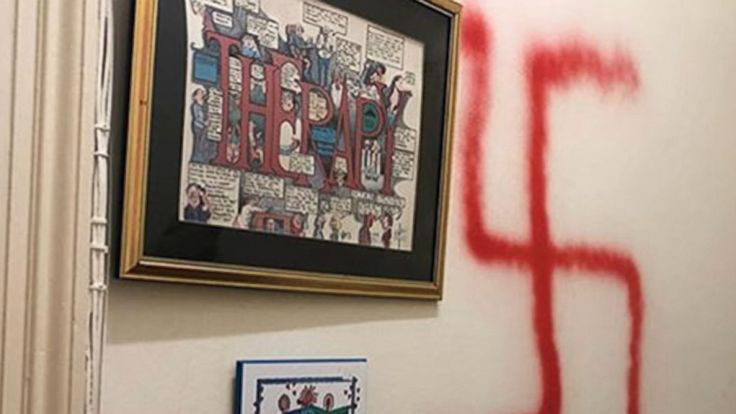 WABC-TV(NEW YORK) — A Columbia University professor's office was painted with swastikas and anti-Semitic words, according to school officials.
The professor, Elizabeth Midlarsky, told the Columbia Spectator that she was "in shock" when she walked into her office on Wednesday.
“I stopped for a moment, because I couldn’t believe what I was seeing,” she said.
Midlarsky immediately notified school security.
The NYPD said the "incident is under investigation by the Hate Crime Task Force. There are no suspects at this time.”
Thomas Bailey, the president of Columbia Teachers College, where Midlarsky is a professor, condemned the act in a statement.
“We unequivocally condemn any expression of hatred, which has no place in our society,” Bailey said. “We are outraged and horrified by this act of aggression and use of this vile anti-Semitic symbol against a valued member of our community.”
Columbia University issued its own statement on the incident.
“In light of last month's horrific shooting at the Tree of Life Synagogue in Pittsburgh, and this hateful act closer to home, Jewish students and others in our community may be feeling especially vulnerable right now,” the school said.
Midlarsky’s office was also vandalized in 2007. A swastika was spray-painted on her door and anti-Semitic flyers were left in her mailbox, the Columbia Spectator reported.