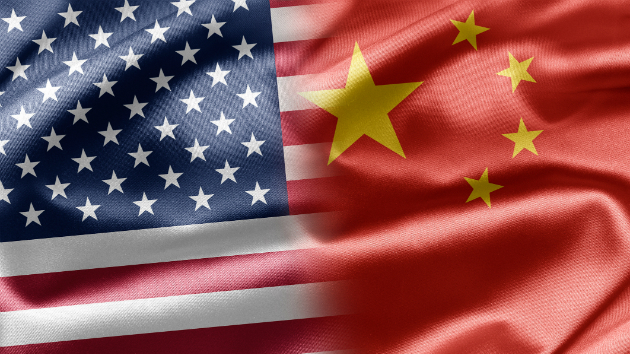 iStock/Thinkstock(NEW YORK) — The world will be holding its collective breath this weekend as President Donald Trump and Chinese President Xi Jinping meet on the sidelines of the G-20 summit in Buenos Aires, Argentina for the first time since a tit-for-tat trade war began in earnest earlier this year.
Can the two presidents come to a truce, or will it just be the beginning of a new cold war?
"We hope that both sides can discuss and find solutions based on mutual respect, equal integrity and mutually beneficial principles," Wang Shouwen, China's vice commerce minister, told the media last week.
Trump, however, told the Wall Street Journal this week that if a deal isn't reached, he'll move ahead on Jan. 1 to raise tariffs already in place on $200 billion worth of Chinese goods to 25 percent from 10 percent.
This is an outcome the Chinese are hoping to avoid — or at least delay.
The discussions in Argentina will center around a 142-point list of U.S. demands reportedly floated between American and Chinese negotiators in recent weeks, a collection of asks that may be edited and refined in the coming weeks.
"It's a pretty complete list. It's a lot of the things we asked for," Trump said on Nov. 16. "There are some things, there were four or five big things left off. I think we'll probably get them too."
"Xi Jinping is under extreme pressure to get a deal with Trump, so I think the Chinese will make some concessions," Dr. Willy Wo-lap Lam, an adjunct professor at the Chinese University of Hong Kong and a leading expert on Chinese elite politics, told ABC News, referring to the weight placed on Xi by senior party officials.
Lam thinks the most Xi can get from Trump will be a delay in raising the tariffs.
On the flip side, Lam believe Xi will hold firm on some of the changes the Trump administration desires, including requests that China "level the playing field" by ending subsidies and preferential treatment for state-owned enterprises and forced transfers of technology, changes that would make China a real market economy.
"It is quite futile for Washington to demand that China changes their game plan," Lam says. "Xi Jinping is looking at a stopgap measure because he's not prepared to really open up the country."
At this juncture, Lam believes Trump has the advantage in their meeting because of the relative strength of the American economy as China tackles slowing growth for the first time since opening up in the late 1970s.
"The Chinese at this stage," Lam added, "still need the Americans more than the other way around."
Copyright © 2018, ABC Radio. All rights reserved.