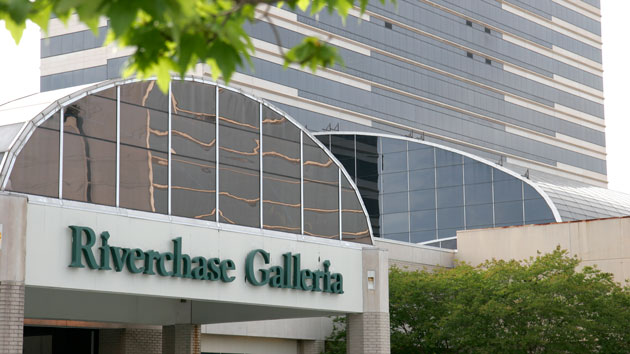 Jeffrey Greenberg/UIG via Getty Images(HOOVER, Ala.) — A 20-year-old man has been apprehended in connection to a Thanksgiving shooting at a mall in Hoover, Alabama, that left a 21-year-old dead, law enforcement sources told ABC News.
Suspect Erron Brown, 20, was taken into custody Thursday morning in South Fulton, Georgia, after he allegedly fled Alabama to hide in the Atlanta area, sources said.
The search for the suspected gunman stems from the fatal police shooting of Emantic Fitzgerald Bradford, 21, at the Riverchase Galleria mall, according to Hoover police.
Bradford, who was armed, was shot by police after another man — first believed to be Bradford but now believed to be Brown — and an 18-year-old got into a physical altercation, police said.
Authorities initially said they believed Bradford pulled out a gun and shot and injured the 18-year-old. A 12-year-old bystander was also shot and injured in the altercation.
In the moments following the shooting, as Hoover police responded and worked to secure the scene, Bradford, who had a gun in his hand, was shot and killed by an officer, authorities said.
Police later said Bradford did not fire his gun in that initial altercation and that the suspected gunman was actually at-large.
Hoover Mayor Frank Brocato, Hoover Police Chief Nicholas Derzis and a city councilman have met with Bradford's family, expressing "their sincerest condolences and prayers," the city said in a statement. "Chief Derzis acknowledged and apologized for the issuance of an inaccurate public statement in the wake of this tragedy that implied that Mr. Bradford was the suspected shooter."
The Alabama Law Enforcement Agency (ALEA) is leading the investigation.
Copyright © 2018, ABC Radio. All rights reserved.