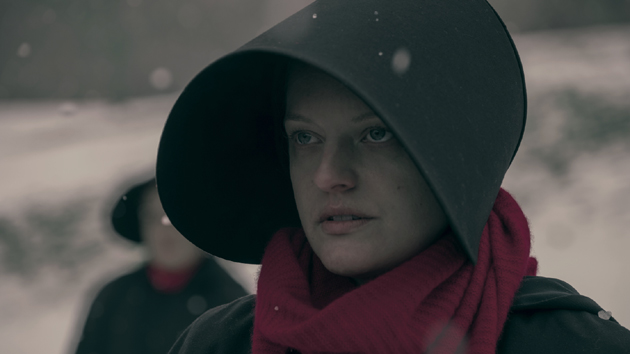 Elisabeth Moss as Offred in Hulu's "The Handmaid's Tale"; George Kraychyk/Hulu(NEW YORK) — The Handmaid's Tale is more popular today than it's ever been in the 33 years since it was first published, due in no small part to the hit Hulu series based on Margaret Atwood's 1985 novel. Now comes news that a sequel is right around the corner.

Titled The Testaments, the novel — due in September 2019 — will be set ten years after the character Offred's final scene in The Handmaid's Tale novel, according to publisher Nan A. Talese/Doubleday, and will tell the stories of three new characters. The publisher also specifically notes that the sequel novel won't be based on any of the events in the TV adaptation.

“Dear Readers: Everything you've ever asked me about Gilead and its inner workings is the inspiration for this book," Atwood says in a statement. "Well, almost everything! The other inspiration is the world we've been living in.”

The Handmaid's Tale is set in a dystopian future in which part of the United States has become a repressive, ultra-religious patriarchal society named Gilead, in which women are stripped of their rights, with some forced to serve men as so-called handmaids. The story focuses on the story of a handmaid named Offred.

In the current political climate, The Handmaid's Tale, and the hit Hulu series it inspired, have become symbols of female empowerment and women's rights. Nan A. Talese/Doubleday says following President Donald Trump's election and the April 2017 debut of The Handmaid's Tale TV series, the novel returned to the New York Times bestseller list for an additional 88 weeks.

Season two of The Handmaid's Tale ended July of this year, with season three currently in production.