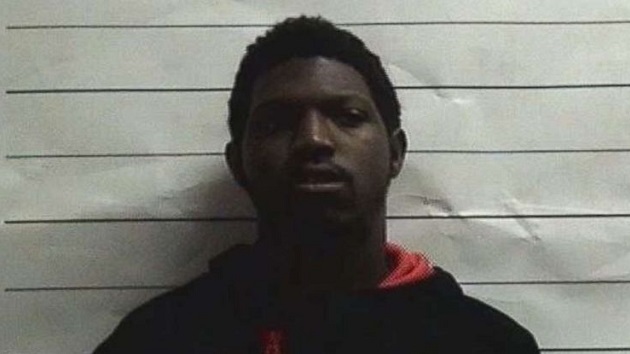 Orleans Parish Sheriff’s Office(NEW ORLEANS) — Police have arrested a New Orleans man after he allegedly tried to break into a jail with a backpack full of illegal drugs.
Nicholas Celius, 23, allegedly scaled a perimeter wall outside of the Orleans Justice Center on Monday night, making his way to the facility's recreational yard, when a guard spotted and sounded the alarm, authorities told ABC New Orleans affiliate WGNO-TV.
Celius fled, leaving behind several packages containing drugs and other contraband, but officers with the New Orleans Police Department apprehended him nearby a bit later, the Orleans Parish Sheriff’s Office said Tuesday.
Authorities said they discovered a backpack containing marijuana, 13 pieces of crack cocaine and heroin at the time of Celius' arrest, according to WGNO. The Sheriff's Office believes he planned to leave the drugs with an inmate at the facility.
The Orleans Parish Sheriff's Office did not say how he managed to get over the wall. Police are still searching for two unnamed suspects who fled the scene with Celius.
Celius was charged with drug possession, resisting arrest and for an outstanding warrant from Dallas, according to court records.
It's unclear as of early Wednesday morning whether Celius has an attorney.
Sheriff Marlin Gusman called Celius' arrest a reminder of the office's commitment to combating smuggling.
"The Orleans Parish Sheriff's Office will continue to aggressively combat the constant efforts of individuals to introduce narcotics into the jail," Gussman said. "We appreciate the diligence of our staff to detect this latest threat, as well as the quick response of the New Orleans Police Department."
Copyright © 2018, ABC Radio. All rights reserved.