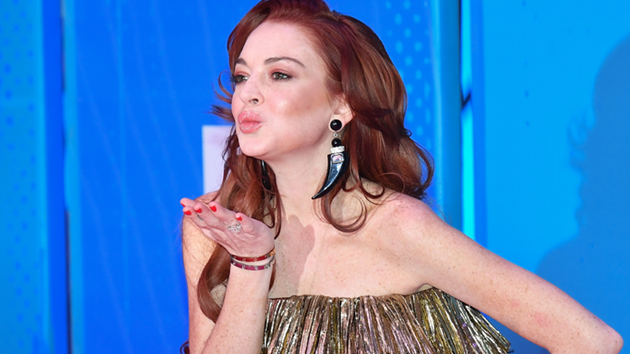 Stephane Cardinale/Corbis via Getty Images(NEW YORK) — Actress Lindsay Lohan has mixed feelings about pop star Ariana Grande's upcoming "thank u, next" music video, which borrows from some of the singer's favorite movies, including, Mean Girls.

A few days after Grande shared an Instagram snap of herself, with a group of girls dressed as the titular characters, including Dynasty star Elizabeth Gillies as Cady Heron — the character originated by Lohan in the movie — Lohan seemingly offered her thoughts on Gilles' casting.

Next to a headshot of herself posted to her Instagram page, Lohan, 32, wrote, “Ain’t nobody Lindsay Lohan like the real Lindsay Lohan.”

“But so flattered by @arianagrande loving #MeanGirls so much! Also, I love #dynasty,” she added.

The "thank you, next" trailer features a takeoff of a scene from the movie in which Janis, played by Izzy Caplan, tells Cady, played by Lindsay Lohan, "How can I even begin to explain Regina George?" That's followed by a montage of random students praising Regina, played by Rachel McAdams.

The "thank u, next" clip features a similar montage of students, only they're all talking about Grande.

A premiere date for the video has yet to be announced.