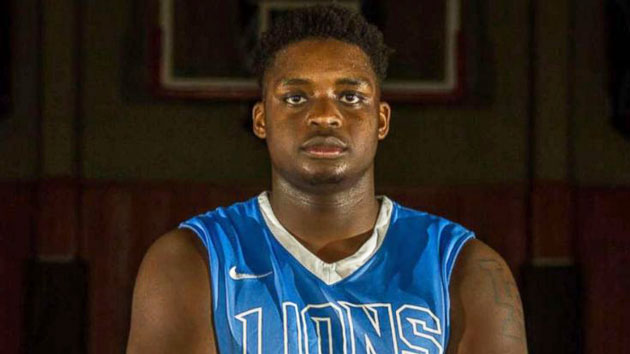 Link Hoops(BRANSON, Mo.) — The inspiring story of the week comes out of Kent State, and the team's 2019 incoming basketball class.
Kalin Bennett, 18, from Little Rock, Arkansas, is the first person with autism ever to sign a letter of intent with a Division 1 university. But the young man wants to be known for much more than just that.
While Bennett knows his basketball skills made him the first student-athlete with autism to potentially compete at this level, he knows people will be cheering him on for other reasons as well.
"I want to make an impact not just on the court, but with kids that are struggling with the same things I am," he told Cleveland.com. “I want to use this platform to inspire other kids with autism and non-autism. I want to let them know, 'Hey, if I can do this, you can do it, too.' A lot of times they feel alone and by themselves, and I felt that same way growing up."
Bennett didn't get to where he is now without his share of struggles. He didn't walk until he was 4 years old, and didn’t talk until he was 7.
But he graduated from high school with solid grades this past spring, and is now attending Link Year Prep in Branson, Missouri, a move many high-level athletes make before launching into D1 play.
By signing Bennett, Kent State might be creating a precedent that other top schools may want to follow. The school works with the Autism Initiative for Research, Education, and Outreach (AIREO), and Partnering for Achievement and Learning Success (P.A.L.S.) — programs aimed at helping young adults with autism adjust to college life.
Kent State currently has several dozen registered students living with autism, but there could be many more unregistered students, according to Gina Campana, the assistant director of the Office of Faculty Success and Inclusion. She added that the school is dedicated to raising awareness about autism and supporting anyone on the spectrum.
Kalin will be joined at Kent State by his mother, Sonja Bennett, who has been a rock for him all his life.
“I talked to [Kent State] coach [Rob Senderoff], and I was like, ‘Unless my mom comes, I ain’t comin’," Bennett told Cleveland.com. "The separation anxiety really doesn’t upset me no more. But at the same time, I still like that support. Even when I have the best day of my life, I still want to make sure I see my mom’s face."
The college agreed, and Senderoff said the team is ready to make the proper adjustments on and off the court to make sure Bennett thrives both academically and athletically.
But Bennett wants to make one thing clear — he wasn't recruited because he has autism.
"I just want to say one thing I had offers before Kent State and before prep school but the reason Kent and others recruited me isn’t because of my Autism and don’t get me wrong it’s cool to make history but they wanted me because I CAN HOOP AND I LOVE PLAYING BASKETBALL," he tweeted on Tuesday as his story went viral.
Copyright © 2018, ABC Radio. All rights reserved.