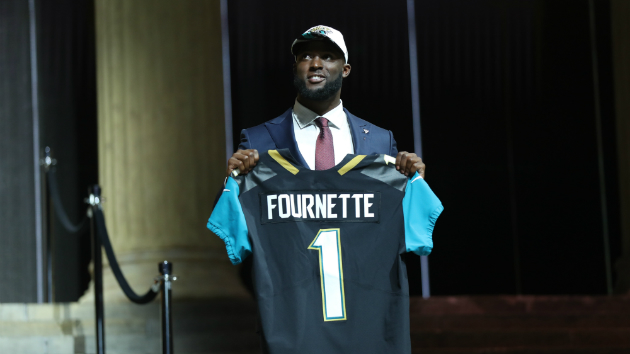 Allen Kee / ESPN Images(NEW YORK) — Jacksonville Jaguars running back Leonard Fournette will be on the sidelines after all when his team goes up against the Indianapolis Colts on Sunday.
ESPN reports Fournette, who was suspended this past Sunday for fighting, lost the appeal of his one-game suspension.
The running back was penalized after fighting with Buffalo Bills defensive end Shaq Lawson in the third quarter. Both Fournette and Lawson were ejected from the game, which the Bills won 24-21, but Lawson received no further punishment.
Fournette was found in violation of the NFL’s unsportsmanlike conduct and unnecessary roughness rules, according to the league.
Copyright © 2018, ABC Radio. All rights reserved.