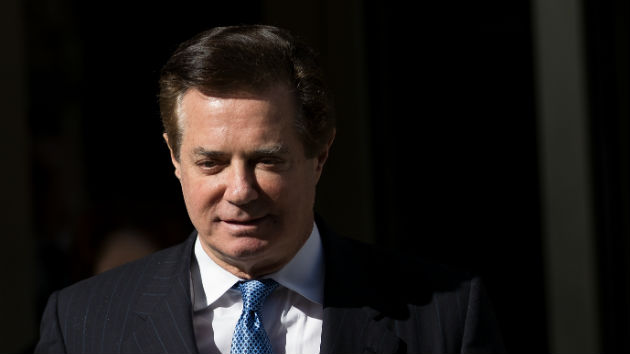 Drew Angerer/Getty Images(WASHINGTON) — Lawyers for former Trump campaign chairman Paul Manafort have briefed President Donald Trump's legal team on what Manafort has told special counsel Robert Mueller's prosecutors, the president's lead attorney told ABC News Wednesday.
"They share with me the things that pertain to our part of the case," Rudy Giuliani said.
Giuliani said the president has been enraged over how Manafort is being treated by the Mueller probe.
Manafort has now been accused of lying to prosecutors even after he had agreed to cooperate with Mueller.
On Monday, Mueller's legal team told a judge Manafort has breached his cooperation agreement.
“After signing the plea agreement, Manafort committed federal crimes by lying to the Federal Bureau of Investigation and the Special Counsel’s Office on a variety of subject matters, which constitute breaches of the agreement,” court filings read.
The court filing brings to a head weeks of speculation that Manafort’s cooperation with the special counsel could be breaking down and renewed questions about whether Manafort was seeking a pardon from the president.
Manafort has been behind bars since June and admitted guilt last September.
The broken plea deal with Mueller's team will likely play a role in determining the length of Manafort's ultimate sentencing.