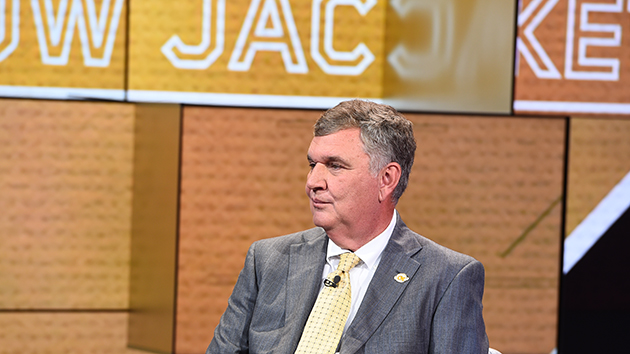 Photo by Melissa Rawlins / ESPN Images(ATLANTA) — After 11 seasons as the head football coach at Georgia Tech, Paul Johson has decided to "take a break," he said in a statement released by the school on Wednesday.

"It’s been a great run for the last 11 years here on The Flats," Johnson said. "I’m proud of what we’ve accomplished and am looking forward to having the chance to coach this team one last time at our bowl game next month.”
Johnson, who brought his unique flexbone option offense to the Yellow Jackets in 2008, went 82-59 in his eleven seasons. In that time, Georgia Tech appeared in nine bowl games and two Orange Bowls.
ESPN's Adam Rittenberg reports that former Georgia Tech player Ken Whisenhunt — currently the offensive coordinator for the Los Angeles Chargers — is among the people being considered to take Johnson's place.

BC3 Brockway location closed for two days for ransom attack
Undefeated: Deaf football team brings triumph and pride to California community
Humble “Sexiest Man” Paul Rudd thinks Keanu should have gotten the tap: “I would have voted for him”
The name’s Johnson — Dwayne Johnson: Actor wants to be the next James Bond
Three ‘violent’ escaped Georgia inmates have Tasers, remain at large
Dwayne Johnson teases his ‘Red Notice’ co-star Ryan Reynolds over his Netflix usage