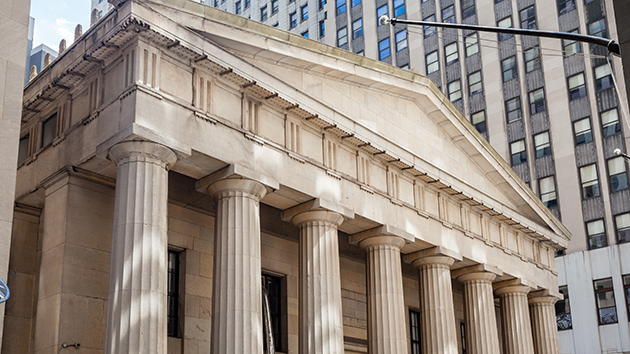 AlexandreFagundes/iStock/Thinkstock(NEW YORK) — The “Fearless Girl” statue, which faced off against the famed Wall Street Bull in Downtown Manhattan, has begun its move to its new home outside the New York Stock Exchange, the city announced.
The work — installed in March 2017 in Bowling Green Park — was an attempt to encourage corporate boards to include more women among their ranks, according to State Street Global Advisors, which commissioned the project.
Since then, 301 companies around the world have added a female director to their boards, SSGA said on its website.
The bronze statue, depicting a defiant girl with a pony tail and her chin up, was created by Kristen Visbal, a sculptor who specializes in lost-wax casting in bronze.
The work, which represents courage and bravery in women, has attracted local and tourists from all around the world.

Relocation began Tuesday night and is expected to be completed by the end of the year. A bronze plaque has replaced the statue at the former location.
Copyright © 2018, ABC Radio. All rights reserved.