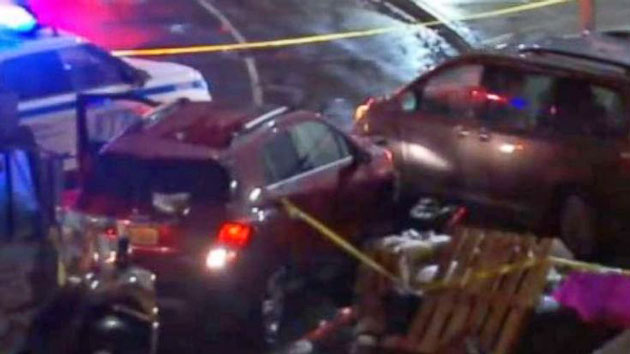 WABC(NEW YORK) — One person was killed and four were injured when a 70-year-old man lost control of a minivan near the Chinatown neighborhood in Manhattan shortly before 7 p.m. Monday.
The elderly driver apparently was trying to parallel park on a crowded, rain-slicked street and hit the gas instead of the brake, said police, who intend to bring charges against him including "failure to exercise due care."
The person killed in the accident was a male aged approximately 45 to 55. Police have not released his identity.
Two of those injured were last reported to be in critical but stable condition, while the other two were listed as serious but stable. All four were rushed to Bellevue Hospital.
The minivan's driver and two persons in the van refused medical attention, police said.
Copyright © 2018, ABC Radio. All rights reserved.