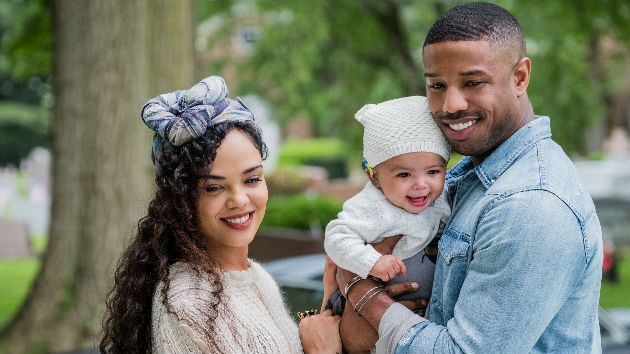 Barry Wetcher/Metro Goldwyn Mayer Pictures/Warner Bros. Pictures © 2018 (NEW YORK) — With the release of his latest film Creed II, Michael B. Jordan fans are getting to see the actor in a totally different light. In the sports action drama, Jordan plays a boxing champion and a new father who must learn how to adapt to a child with a disability.

Although it's only through the film that Jordan is experiencing fatherhood for the first time, the actor does admit that he definitely wants children of his own one day.

"Of course, you're in there, you're with this this infant, this little baby and stuff like that," Jordan tells ABC Radio. "And I love kids, you know."

Yet, with no real experience to help him prepare for his fatherly role, Jordan says he was still able to dig deep to find his paternal instincts.

"[I] definitely get into that mind state of being a young father, young dad," he says. "All of, what would the insecurities be? What would the worries [be]? Like what would Adonis be going through in that moment? So, I definitely felt that."

“I’m OK with it”: ‘Mom’ star Allison Janney explains why she was never a mom in real life
“It’s the guy that I never get to be,” says Tank of his role in ‘Lust: A Seven Deadly Sins Story’
Daniel Brühl explains why it was so refreshing to have “some sense of humor” in ‘The Falcon and The Winter Soldier’
Regé-Jean Page is “hurt” over reports he was denied DC role because he’s Black
Catherine Zeta-Jones reveals secret behind her 20-year marriage to Michael Douglas
Benedict Cumberbatch explains why he believes he was COVID-19 “patient zero”