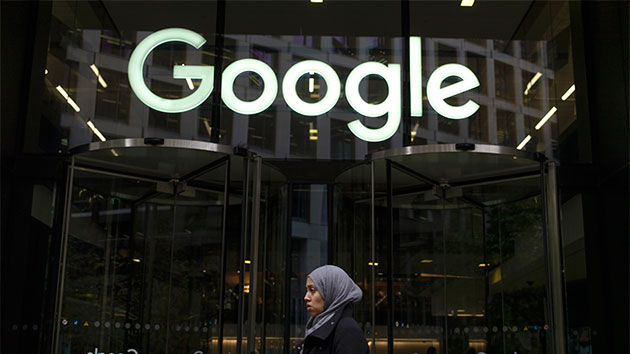 Dan Kitwood/Getty Images(NEW YORK) — Facebook and Google joined the list of companies requesting refunds of campaign donations to Mississippi Sen. Cindy Hyde-Smith after a video surfaced on social media in which she talks about attending a hypothetical "public hanging."
"The recent public comments made by Sen. Cindy Hyde-Smith do not reflect the values or mission of Facebook. Our PAC contribution was made before these comments were made, and we have asked the Hyde-Smith campaign to return our campaign donation," a Facebook spokeswoman told ABC News Tuesday.
Facebook made a donation of $2,500 on Oct. 17 and Google made a donation of $5,000 on Oct. 13 to the incumbent Republican senator, each before the "public hanging" remark was made public.
Hyde-Smith is in a tight runoff election race tonight with Democrat Mike Espy, a former congressman who would be the state's first African-American senator since the 1800s.
Last week, a number of big-name companies in the pharmaceutical and medical industry, including Pfizer, Amgen, Leidos and Boston Scientific, asked the senator's campaign for refunds ranging from $2,000 to $5,000.
“We condemn racism and bigotry in all its forms,” Pfizer spokesperson Sharon Castillo told ABC News last Tuesday. “We are withdrawing our support and have requested a full refund of our contributions, which were made months in advance of the senator’s comments.”
Pfizer and Amgen are among the leaders in the industry in terms of lobbying and for making campaign contributions in 2018, according to data compiled by the Center for Responsive Politics.
Hyde-Smith's assignment earlier this year to the Senate Appropriations subcommittee, which oversees the Food and Drug Administration, "could not be more critical" for such companies to build relationships with the senator for "influence and access," according to Lisa Gilbert, vice president of legislative affairs for Public Citizen, the nonprofit consumer advocacy organization.
However, Hyde-Smith's remark and a series of missteps prompted backlash.
The video in question shows Hyde-Smith in Tupelo, Mississippi, embracing a supporter and saying, "If he invited me to a public hanging, I'd be on the front row."
After the video was posted on Twitter, Hyde-Smith did not apologize but defended herself.

"If he invited me to a public hanging, I'd be on the front row"- Sen. Cindy Hyde-Smith says in Tupelo, MS after Colin Hutchinson, cattle rancher, praises her.
Hyde-Smith is in a runoff on Nov 27th against Mike Espy. pic.twitter.com/0a9jOEjokr

"In a comment on Nov. 2, I referred to accepting an invitation to a speaking engagement," she said in a statement. "In referencing the one who invited me, I used an exaggerated expression of regard, and any attempt to turn this into a negative connotation is ridiculous."
When actress Debra Messing criticized Walmart for its donation to Hyde-Smith, the company responded that the senator’s comments “clearly do not reflect the values of our company and associates.”

Hi Debra. Completely understand your concern. Sen. Hyde-Smith’s recent comments clearly do not reflect the values of our company and associates. As a result, we are withdrawing our support and requesting a refund of all campaign donations.

Walmart requested a full refund of $4,000 Tuesday, according to a company spokeswoman, while AT&T requested a full refund of $2,000.
ABC News reached out to the senator's campaign office last Tuesday but has not yet received a response regarding the refund requests.
Hyde-Smith, however, did vaguely refer to the "public hanging" comment and apologized at a debate with her opponent Espy last Tuesday.
"For anyone that was offended by my comments, I certainly apologize," she said. "There was no ill will, no intent, whatsoever in my statements."
Four days after the first video surfaced, another video from Nov. 3 was tweeted in which Hyde-Smith tells a group of supporters in Starkville, Mississippi, that it would be a “great idea” to make voting “just a little more difficult” for “liberal folks.”

Cindy Hyde-Smith on voter suppression: "And then they remind me, that there's a lot of liberal folks in those other schools who that maybe we don't want to vote. Maybe we want to make it just a little more difficult. And I think that's a great idea." Nov 2nd in Columbus, MS. pic.twitter.com/OxNY77XCft

Hyde-Smith’s campaign once again refused to apologize and released a statement saying, "Obviously Sen. Hyde-Smith was making a joke and clearly the video was selectively edited."
Then, a photo dating back to 2014 surfaced on Facebook before the debate showing Hyde-Smith donning a Confederate soldier hat. The photo is captioned, "Mississippi history at its best."
Hyde-Smith, appointed by Gov. Phil Bryant, is facing a runoff with Espy after she netted 41.4 percent of the vote on Election Day while Espy had 40.6 percent.
Copyright © 2018, ABC Radio. All rights reserved.