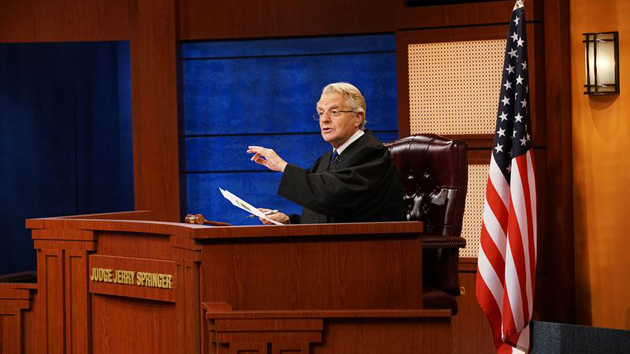 NBC Universal(NEW YORK) — After 28 seasons on the air, The Jerry Springer Show has officially stopped production. The good news for fans: Jerry Springer isn't going away.

“For the first time in my life, I am going to be called honorable,” 74-year-old Springer said in a statement. “My career is coming full circle and I finally get to put my law degree to use after all these years.”

Springer earned his law degree in 1968 and worked as an attorney for decades — including serving as mayor of Cincinatti in the late 1970s — before beginning his career in television.

In the same vein as The People's Court, Judge Judy and the rest, Judge Jerry will feature Springer hearing real cases from real people and then rendering his verdict "with a dose of classic Springer wisdom," producers say.

Judge Jerry is slated to begin airing in fall of 2019. The Jerry Springer Show will continue airing already-recorded episodes through early next year.