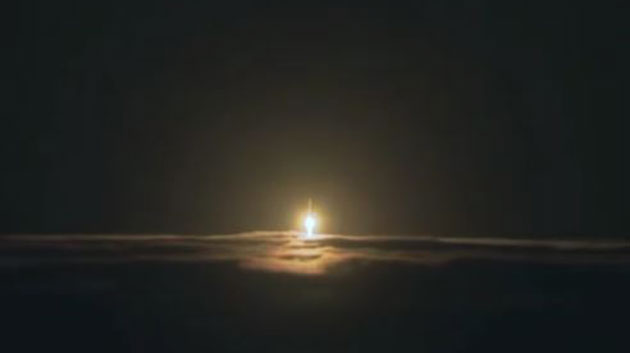 ABCNews.com(HOUSTON) — NASA's InSight lander landed on Mars Monday afternoon, finishing one journey — through space — and now launching on another: to go deeper into Mars.
Scientists and engineers at NASA's Jet Propulsion Lab in Pasadena, California, could be seen cheering and hugging after the daring landing.
The mechanical three-legged, one-armed mining spacecraft landed as planned just before 3 p.m. ET, capping off a trip that started seven months and more than 300 million miles ago. InSight (Interior Exploration using Seismic Investigations, Geodesy and Heat Transport) will be the first mission to study the deep interior of Mars as well as investigate if there are "Marsquakes."
"We've studied Mars from orbit and from the surface since 1965, learning about its weather, atmosphere, geology and surface chemistry," Lori Glaze, acting director of the Planetary Science Division in NASA's Science Mission Directorate, said in a press release. "Now we finally will explore inside Mars and deepen our understanding of our terrestrial neighbor as NASA prepares to send human explorers deeper into the solar system."
InSight marks the first attempt since 2012 for an American spacecraft to visit the red planet.
Rocket scientists are taking nothing for granted. On Sunday at 4:47 p.m. ET, engineers were still correcting course "to steer the spacecraft within a few kilometers of its targeted entry point over Mars," NASA said.
The monitoring and adjustments to InSight's path continued until the last minute.
"Engineers still need to conduct a last trajectory correction maneuver to steer the spacecraft toward its entry point over Mars," NASA said. "About two hours before hitting the atmosphere, the entry, descent and landing (EDL) team might also upload some final tweaks to the algorithm that guides the spacecraft safely to the surface."
From there, InSight will guide itself to the surface of Mars. Not one to be camera shy, its journey can be watched here.
"It's taken more than a decade to bring InSight from a concept to a spacecraft approaching Mars — and even longer since I was first inspired to try to undertake this kind of mission," said Bruce Banerdt of Jet Propulsion Lab (JPL), InSight's principal investigator. "But even after landing, we'll need to be patient for the science to begin."

Want to pretend to live on Mars? This may be the mission for you
NASA’s new mission studies how intense thunderstorms may influence climate change
Rocket Lab to design and build Mars spacecraft for NASA mission
Once named after Confederate soldier, Virginia middle school renamed after NASA’s Katherine Johnson
Once named after Confederate solider, Virgina middle school renamed after NASA’s Katherine Johnson
NASA’s Mars helicopter safe after navigation glitch leads it on a ‘stressful’ joyride