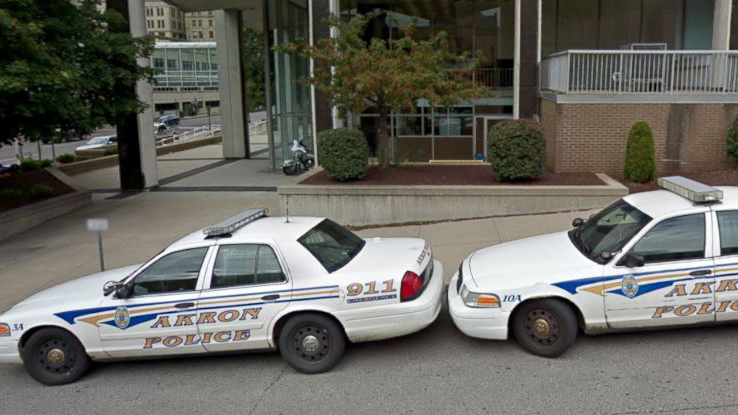 Google Map Street View(AKRON, Ohio) — An 18-year-old Ohio woman who has been missing for three weeks has been found dead with a gunshot wound to her head, authorities said.
Akron resident Samantha Guthrie was found in the woods off Rex Hill Road in New Franklin, Ohio, the Akron Police Department said in a press release. She was reported missing by her mother on Nov. 5 after she was last seen in the early morning hours on Nov. 4 at a home in Akron, police said.
Guthrie's body was found Sunday and was positively identified on Monday, according to the Summit County Medical Examiner's Office. Her manner of death was ruled a homicide.
"We are forever grateful for all the love and support through this devastating time," according to a post on a Facebook page dedicated to finding her. "Family can finally start the grieving process and make plans for her memorial."
On Thanksgiving, the family shared a childhood photo of Guthrie, asking the community to "keep praying for Sam to be found and brought home."
Two people, 39-year-old Danny Hamby and 31-year-old Toni Kenney, were arrested on charges related to Guthrie's disappearance, police said. Authorities are also looking to charge Hamby with murder now that Guthrie's body has been found. Police did not disclose whether the pair previously knew Guthrie.
In addition, Hamby faces charges of parole violation, probation violation, carrying concealed weapons, improperly handing firearms in a motor vehicle, drug abuse, possession of drug abuse instrument, having weapons while under disability, tampering with evidence and obstructing justice, jail records showed. Hamby's bond was set at $3.5 million.
Kenney was charged with carrying concealed weapons, obstructing justice and tampering with evidence. Her bond was set at $2.1 million.
Both suspects are being housed in the Summit County Jail. Police believe the suspects were with Guthrie at the home where she was last seen on Nov. 4, the Akron Beacon Journal reported.
Guthrie was from Akron but did not have a permanent address in the city, police said.