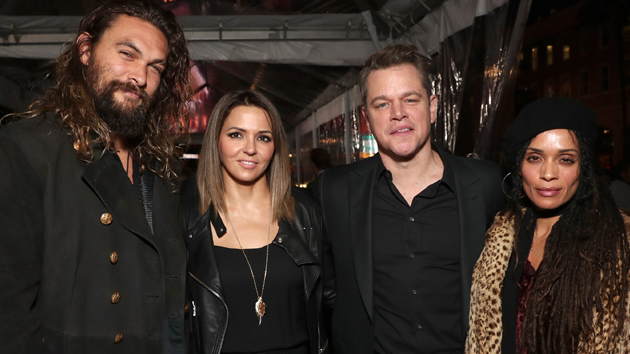 NBC revealed the news Monday in a tweet that shows Momoa will host December 8 and Damon on December 15. Musical guests will be Mumford & Sons and Miley Cyrus with Mark Ronson, respectively.

Damon brought down the house on the September 29 edition of SNL when he appeared unannounced in the cold open as then-Supreme Court nominee Brett Kavanaugh.

Actress Claire Foy, currently starring in The Girls in the Spider's Web, has already been announced as the host of December 1 episode, with musical guest Anderson.Paak.