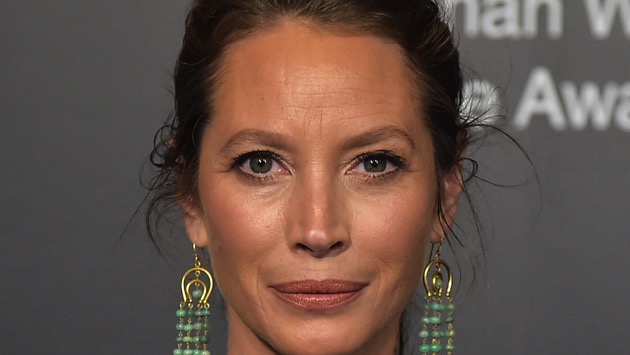 Theo Wargo/Getty Images(NEW YORK) — Christy Turlington Burns doesn't dwell on bad advice.
“I’ve been thinking about this, the worst advice, I would have to say, it’s really hard to remember bad advice,” Turlington Burns tells ABC News’ Chief Business, Technology and Economics correspondent, Rebecca Jarvis.
Turlington Burns is one of the most famous models in the world. With over 1,000 magazine covers and countless major campaigns for the biggest brands in the fashion industry, she’s known as one of the “original supermodels” alongside of Naomi Campbell, Linda Evangelista, Cindy Crawford, Elle Macpherson, and Claudia Schiffer.
As she tries to remember the worst advice she's never taken, she reflects, “We remember the good advice because we usually take it or we remember not taking it and figuring out like, ‘Oh, had I taken that advice I’d be in a better place.’ But bad advice, I can’t say, it just doesn’t stick.”
Her career started when she was still a teen, discovered by a photographer while she and her sister were horseback riding.
“We rode after school every day, and there was a photographer who happened to be at the stable where our horses were kept, and he watched us for a while,” she says. “Then he reached out and said, ‘Hey have you ever thought about being a model?’ I said, ‘No.’ My sister said, ‘Yes,’ and then she convinced my mom to allow us to go and have a photo shoot done. And honestly, the whole thing was incredibly uncomfortable. I was never naturally confident in it.”
Despite the early lack of confidence, Turlington Burns would go on to become an iconic model, influencing future generations. But where she is leaving her legacy today is slightly different. She’s found a new passion as an advocate for maternal health, creating the nonprofit, Every Mother Counts in 2010.
The organization has a mission to help educate and spread awareness about maternal health to make childbirth safer everywhere. With 303,000 women dying each year across the world, as a result of complications with pregnancy and childbirth, and many of those preventable, Turlington Burns is working to shrink that number.
“I had had a personal experience that sort of opened up my eyes to the challenges that many, many millions of women face every day, with regard to accessing quality and respectful maternity care in a timely fashion,” she says.
Turlington Burns had complications following the birth of her daughter, Grace, in 2003. Despite a healthy pregnancy, she suffered a postpartum hemorrhage. While she had the medical care she needed, it made her realize that many women aren’t as fortunate.
“Imagine if you don't have a team or a person even who can identify what's even happening and then if you're in a place that is not hygienic, or if you have a team treating you that hasn't been trained in postpartum complications or had a hemorrhage,” she says. “That sets you up for the absolute worst outcome, which could cause death for both mom and baby, in some instances.”
She was inspired to create the film No Woman, No Cry, a documentary that shines a light on the maternal health problems faced by women everywhere. Two years later she founded Every Mother Counts, which has provided more than $4 million in grants and has impacted over 600,000 lives around the world.
As Turlington Burns reflects on the decisions she has made throughout her life and career, she realizes the best advice really came from knowing herself and learning self-knowledge.
“I think self-knowledge is really important and I think we do know most of the answers for most things, especially as they pertain to ourselves and our choices,” Turlington Burns says. “We do oftentimes give more credit to information outside of ourselves than we should, but if you can give yourself that moment to reflect … you should know, if you just listen to yourself long enough, what’s the right next step to take.”

Hear more of Christy Turlington Burns's interview on episode No. 83 of the "No Limits With Rebecca Jarvis," podcast.

‘Eternals’ star Gemma Chan opens up about the importance of embracing her heritage after feeling she had to “blend in”
‘Swagger’ series creator and cast discuss the importance of authenticity in their new Apple TV+ sports drama
‘Boyz n the Hood’ turns 30: John Singleton, Tyrese Gibson share the importance of giving opportunities to new talent
Mother-daughter duo emphasize importance of knowing your family’s health history
Dermatologist talks importance of sun protection for melanin-rich skin
Dawn Porter talks ‘Rise Again: Tulsa and the Red Summer’ and the importance of having these stories told