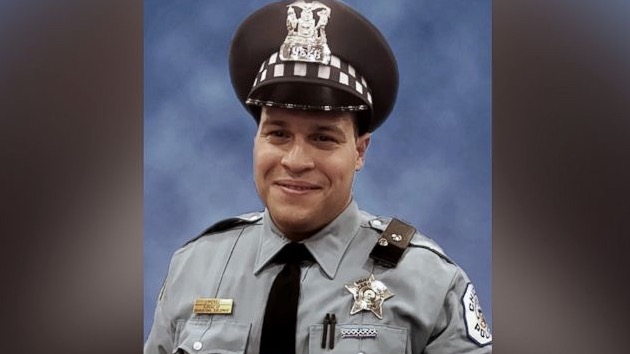 Chicago Police Department(CHICAGO) — A young Chicago police officer killed in the line of duty while responding to a shooting at a hospital will be mourned by loved ones and law enforcement officers at a funeral Monday.
Officer Samuel Jimenez was fatally shot in the neck while trying to protect employees and patients during a shooting at Chicago's Mercy Hospital on Nov. 19, police said.
Jimenez, 28, is survived by his wife and three children.
He had served on the force for nearly two years and was going to celebrate his first wedding anniversary in December, The Chicago Tribune reported.
Hospital emergency department physician Tamara O'Neal, 38, and Dayna Less, 24, a first-year pharmacy resident-in-training, were also killed in the shooting.
O'Neal had recently broken off her engagement with the suspected gunman, Juan Lopez, who came to the hospital to take the ring back, according to police. Lopez also died in the shooting.
On Sunday, thousands of officers from across the country attended a wake for the slain officer, police said.
Jimenez's "heroic actions saved countless lives," the Chicago Police Department tweeted.
Forty-nine law enforcement officers have been shot dead this year — a 14 percent increase from the same time period last year, according to the National Law Enforcement Memorial Fund.
Copyright © 2018, ABC Radio. All rights reserved.