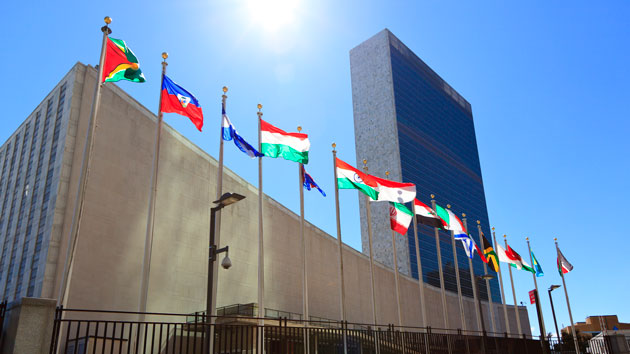 iStock/Thinkstock(NEW YORK) — More than half of the approximately 87,000 women killed in 2017 died at the hands of intimate partners or family members, according to a report released Sunday by the United Nations Office on Drugs and Crime.
Some 50,000 were killed globally by someone they knew, the organization estimated.
That works out to 137 per day — nearly six every hour.
"While the vast majority of homicide victims are men, women continue to pay the highest price as a result of gender inequality, discrimination and negative stereotypes," UNODC Executive Director Yury Fedotov said in a statement that accompanied the report. "They are also the most likely to be killed by intimate partners and family."
The study was released to coincide with the International Day for the Elimination of Violence against Women.
"Targeted criminal justice responses are needed to prevent and end gender-related killings," Fedotov added.
Women in Africa and the Americas are most at risk of being killed by those they know, the data show.
While the global rate of female homicide victims is about 1.3 per 100,000, it's 3.1 in Africa and 1.6 in the Americas. In Asia, it's 0.9, and in Europe, the lowest reported, it's 0.7.
Despite legislation enacted and programs developed to help curb violence against women by those closest to them, "tangible progress," the organization said in its statement, "has not been made in recent years."
Copyright © 2018, ABC Radio. All rights reserved.