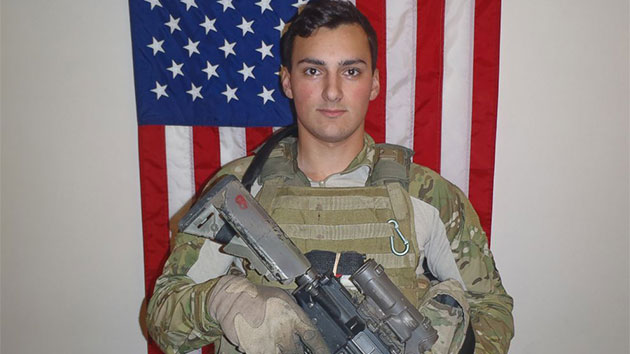 Department of Defense
Posted on November 25, 2018 by ABC News

Department of Defense(WASHINGTON) — A U.S. soldier killed in Afghanistan on Saturday was part of the Army's elite 75th Ranger Regiment and on his third deployment to the country, according to U.S. Special Operations Command.

Sgt. Leandro Jasso was wounded by small arms fire while conducting combat operations in the Khash Rod District of Nimruz Province in southwestern Afghanistan, the Department of Defense said on Sunday.

The 25-year-old native of Leavenworth, Washington was medically evacuated to the nearest medical treatment facility in Garmsir District in neighboring Helmand Province where he died of his wounds.

The incident is under investigation.

Jasso joined the Army in August 2012. At the time of his death, he was serving as the team leader for Alpha Company in his Ranger Regiment's 2nd Battalion based out of Joint Base Lewis-McChord in Washington.

He is the 10th U.S. service member to be killed in Afghanistan this year and the second in November.

Maj. Brent R. Taylor was killed earlier this month during an insider attack in Kabul. Taylor was the mayor of his town of North Ogden, Utah and the father of seven children.

The U.S. currently has approximately 14,000 service members training and assisting the Afghan government in their fight against extremist groups.