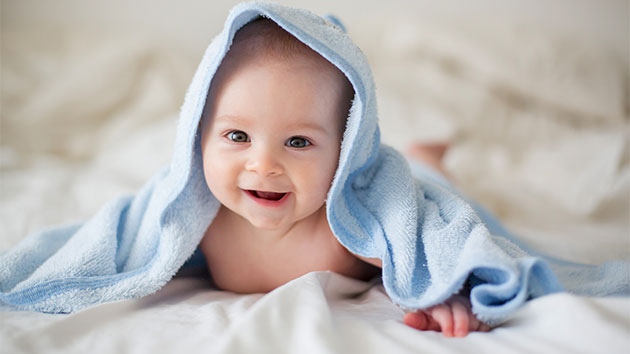 iStock/Thinkstock(NEW YORK) — A North Carolina state trooper delivered a baby — instead of a ticket — to a couple he caught speeding on the highway Saturday night.

Sgt. Brian Maynard was parked on the shoulder of U.S. Route 64 near Wake County when he saw a light-colored van speeding past him at 85 mph in a 70 mph zone, ABC Raleigh-Durham affiliate WTVD-TV reported.

When Maynard approached the van, the father-to-be explained that his wife was in labor and the baby's head was crowning.

"I said, OK. Well, we're going to do this right here, me and you," Maynard told the panicked father.

The 15-year police veteran contacted EMS before grabbing gloves and a blanket to assist the couple, he told WTVD.

"It was interesting," he said. "It was scary. I just tried to do the best that I could with the things I've seen on TV and things I had heard."

A father to an 11-year-old daughter himself, Maynard said he was "relieved" to help deliver a healthy baby girl, adding that the experience brought back memories from when his now-preteen was a newborn.

The police sergeant said bringing a baby into the world was an antidote for all the "death" he's witnessed in his years working in law enforcement.

"To be a part of the process that actually brings a life into this world is absolutely amazing," he said.

The parents, Jimmy and Laura Baker, are resting with their newborn at the WakeMed Hospital in Raleigh, according to WTVD.