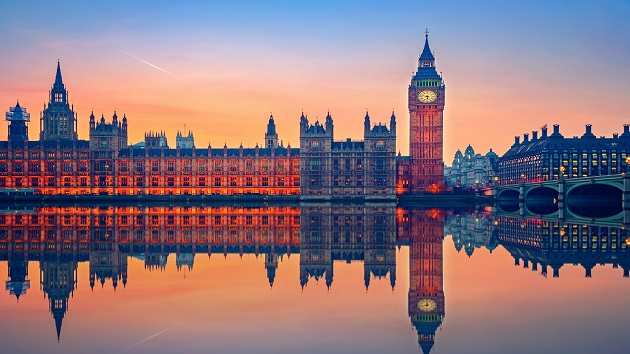 iStock/Thinkstock(LONDON) — European Union leaders in Brussels have approved an agreement that lays out how the U.K. will leave the bloc, and what future relations will be like. It is now up to the U.K. to approve it, and the EU warns that the current agreement is the "only deal possible".
What is "Brexit"?
On June 23, 2016, Britain voted to leave the EU in a referendum delivered by the ruling Conservative Party. Then-Prime Minister David Cameron resigned the morning after the vote, and Theresa May won Conservative leadership to begin implementing the withdrawal.
The U.K. voted to join the EU in 1973, when it was known as the European Economic Community. It is now a group of 28 countries governed by a continental parliament, commission and council representing each member state; it uses a common currency (the Euro) and compromises an area across the European continent where citizens of member states are able to live and work easily in different areas within the union.
The British vote to leave the EU was close – 52 percent to 48 percent in favor of leaving. The country has remained bitterly divided over what the terms of Brexit should be.
What are the main issues?

The Brexit referendum asked a simple question: Should the U.K. leave the EU, or remain in the union?
But there is conflict over whether Britain should retain some aspects of European membership, if it is able, in order to preserve much of its close trade and security relationship with the E.U.
Trade
The E.U. is one of the largest economies in the world, accounting for almost a quarter for the global economy. It operates as an internal market that trades with international states as a single unit. This means the U.K. will have to figure out how it will re-establish all of its trade relationships after it leaves.
An option for some countries in European that are not part of the EU is joining its free trade area known as the "single market" – this is what Switzerland and Norway have done.
Joining the EU's single market means having the ability to trade with the E.U. without incurring tariffs or taxes. A benefit of joining the single market means a country is part of trade deals the E.U. sets with other countries, but unable to set individual tariffs.
Customs union
The Customs Union is a part of the EU's single market — it is an agreement by member states to apply all the same tariffs and taxes on imported goods entering the bloc, and allowing the goods to be traded within the bloc for free.
This means, for example, Asian and American goods pass through only one tariff barrier when they enter a European port, after which they can be transported for sale across the E.U. tariff-free.
The Customs Union also agrees on standards and quality checks for all goods. For example, chlorinated chicken from the U.S. is banned from being sold in the E.U. because it does not pass their quality controls.

Immigration
Another complication for Brexit is the inability for the UK to set terms on the EU's policy of "free movement" of goods and people. Many "Leave" campaigners supported leaving the EU in order for Britain to regain control over its own immigration policy after Brexit.
But if the U.K. were to remain in the single market, they would be forced to accept free movement.
Northern Ireland
Another issue leaving the EU is how Northern Ireland, which is part of the U.K., will resolve its border with the Republic of Ireland.
After decades of conflict between those in the north who were largely Protestant and wanted to remain with the U.K., and those who were largely Catholic and wanting to be a part of the Republic of Ireland, a 1990s peace treaty known as the Good Friday Agreement resolved, among other things, how the border between Northern Ireland and Ireland would function.
It is an open border without security or customs checks, and both Irish sides want it to remain as such.
However when the U.K. leaves the EU, many do not believe it is possible for an open border to endure unless the U.K. retains a near-total regulatory alignment with the E.U. Many also question how an independent U.K.'s immigration policy could be enforced with an open border to the E.U.
What does Theresa May's deal look like?
May has spent much of the last two years in protracted negotiations with the EU. She returned to London with a draft agreement in November.
However, in attempting to please both sides of the debate, May is struggling to get support, with politicians on both sides criticizing her deal and declaring they cannot support it.
One of the key issues is the proposal of a mechanism that keeps the U.K. aligned with the EU on its trade and customs policy while the transition takes place — which is expected to last for a few years as the finer points of the future relationship continue to be negotiated between London and Brussels.
However, both the EU and the U.K. must agree on the U.K. opting-out, should the British want to in the future. This means that the EU has a veto over the U.K. being tied to its regulations. Many say this keeps the U.K. tied to the EU without unilateral power to withdraw itself.
The deal is also causing problems in Scotland, where Scots narrowly voted to remain in the U.K. in 2014.
Scotland voted overwhelmingly to remain in the E.U., and leader Nicola Sturgeon wants Scotland and the U.K. to remain in the E.U.'s single market and customs union permanently, even if the U.K. leaves.

What's next?
Theresa May's agreement with the EU has been approved by European leaders, but she must convince British Parliament as well.
There will be several days of debate on the bill, and a vote on whether or not it will pass.
There hasn't been a date set for the vote but it is expected to take place before Christmas.
However Theresa May does not have a majority in Parliament. She called a snap election in June 2017, amid speculation she would secure a larger victory to make passing Brexit bills easier.
In fact, because of the snap election, Conservatives lost seats and lost the majority needed to form a government.
They clung on to power by securing a political agreement with the Northern Irish party, the DUP. In exchange for voting with the government, the DUP would have increased public spending from the Treasury.
However the DUP do not approve of the Brexit deal, and are threatening to vote against it in Parliament.
Theresa May also faces a possible coup by her own party members who say she is taking the wrong approach to Brexit. In November a group of Conservative MPs belonging to a pro-Brexit, Eurosceptic group called the ERG moved to bring down May. However, party rules require 15 percent of MPs to write letters of no-confidence before official action is taken, and that threshold has not yet been reached.
Copyright © 2018, ABC Radio. All rights reserved.