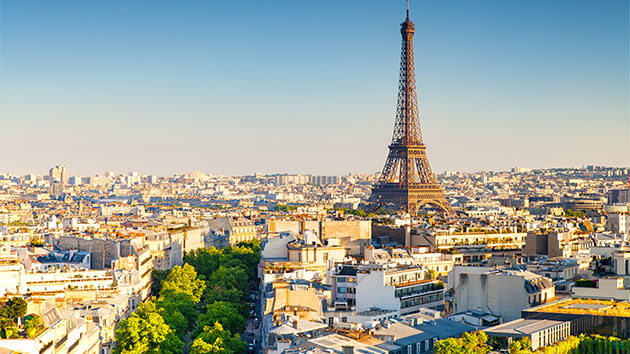 Violence erupted on the streets of the city of lights on Saturday as about 8,000 protesters faced off against thousands of police deployed to contain the demonstrations.

As angry protesters blocked streets and lit various materials on fire, including large sheets of plywood and garbage bins, police hurled tear gas and shot water cannons on the crowds, the majority of which were centered near the Champs-Elysees.

“Shame on those who attacked [the police],” Macron said on Twitter.

The protests carried on throughout the afternoon until the early evening.

Many so-called “Yellow Jacket” protesters could be seen donning the yellow vests French drivers are required to keep in their vehicles — a style that has become tied to the protests.

The protests began as an affront against rising diesel prices, which rose about 30 cents per gallon and are expected to continue rising, but over the past week, they’ve quickly phased into a rebuke on Macron, who many French citizens perceive as elitist and indifferent to their struggles.