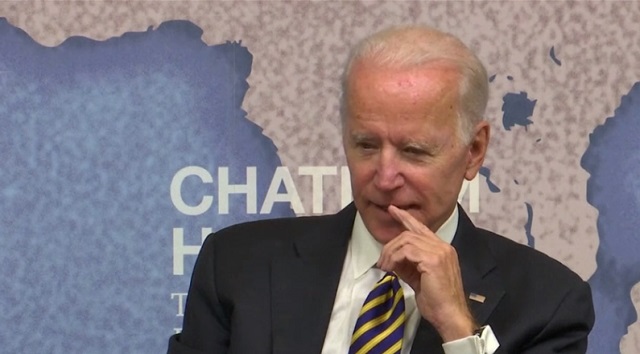 ABC News(WASHINGTON) — Following Democrats' sweeping victories in the House of Representatives during the 2018 midterm elections, many in the party are already looking ahead to the 2020 presidential election and the opportunity to unseat President Donald Trump.
A number of people with presumed interest in the Democratic nomination were active during midterm campaigns over the past few months, and some have even begun to travel to Iowa, New Hampshire and South Carolina, the early caucus and primary states.
Here's a look at what some of the most talked-about potential candidates have been up to recently:
Former Vice President Joe Biden
Biden, who declined a run in 2016, was one of the busiest surrogates on behalf of Democratic candidates nationwide this year. The former vice president endorsed a number of successful party up-and-comers, such as Sen.-elect Kyrsten Sinema, D-Ariz., Rep. Conor Lamb, D-Pa., and Rep.-elects Mikie Sherrill, D-N.J., and Elissa Slotkin, D-Mich. This week Biden endorsed former Mississippi Senate candidate Mike Espy.
Asked repeatedly about his presidential ambitions, Biden has mostly dodged the questions, saying in October that there are many Democrats who could oust Trump from office, but that he was not one "at this point.
Former New York City Mayor Michael Bloomberg
A billionaire Democrat-turned-Republican-turned-independent-turned-Democrat again, Bloomberg spent $100 million this year to assist in the ultimately successful goal of flipping the House and to boost several Senate candidates.
Last month, Bloomberg re-registered as a Democrat, less than a month after a Times of London report that he had settled on a presidential run. Bloomberg commented earlier this year that such a run as a Democrat was a possibility.
Sen. Sherrod Brown

After winning re-election to the Senate in Ohio, a state coveted by presidential candidates, earlier this month, even as Republicans won the governor's race and several close House races, Brown became the focus of much forward-looking attention.
In response to calls that he run, the senator told the Associated Press last week that he was "seriously looking at it."
Sen. Cory Booker
Over the course of the year, the New Jersey Democrat spent time in Iowa, Nevada and South Carolina, and on Monday spent time with Espy in Mississippi. Next month will join New Hampshire Democrats for a "Post-Election Victory Celebration."
Asked during an appearance on ABC's "The View" earlier this year if he was a "contender" in 2020, Booker laughed and said his focus was solely on the 2018 midterms, urging the hosts not to look beyond November.
Former Secretary of Housing and Urban Development Julian Castro
Castro, who was the mayor of San Antonio before serving over two years in the Obama cabinet, has been more forthcoming about his intentions that most other rumored candidates. In October, he told Rolling Stone that he was "likely" to run, saying he had "a strong vision for the country," but was "going to take a long, hard look at what that kind of commitment would mean."
Two years ago, Castro was on Hillary Clinton's vice presidential shortlist, a spot that ultimately went to Sen. Tim Kaine, D-Va.
Rep. John Delaney
The Maryland congressman was only seven months into his third term when he announced his candidacy in July 2017, becoming the first member of Congress to launch a bid in the 2020 cycle.
While Delaney, a millionaire entrepreneur and businessman before arriving in Congress, does not have the name recognition of the other likely candidates, he has already traveled to all of Iowa's 99 counties – a right of passage for many caucus hopefuls — and this week, the Associated Press reported that he already has 10 staffers working across the state and plans to add another 20.
Sen. Kirsten Gillibrand
Gillibrand's easy re-election to the Senate earlier this month and her tour to promote her new children's book about women's suffrage have landed her on television and in the headlines in recent weeks.
She told ABC's "Good Morning America" that a presidential run was "something I will give long hard thought to" and that it was "a moral question right now." In an interview on "The Late Show," Gillibrand explained to Stephen Colbert that witnessing the Trump-spurred "hatred and the division" in the nation was calling her to "fight as hard as I possibly can to restore the moral compass of this country."
Sen. Kamala Harris
In October, Harris took a two-day trip through Iowa for the first time in a decade to campaign for the state's Democratic candidates, but, much like Booker, indicated that her focus was solely on the midterms.
"I'm really focused on the next 15 days, she told ABC News. "You can focus on whatever you're thinking about."
Harris made previous midterm campaign stops in Ohio and South Carolina, among other states.
Richard Ojeda
After his defeat in West Virginia's 3rd Congressional District race, retired Army major Richard Ojeda wasted no time in jumping into his next race, the 2020 Democratic presidential primary.
A relative political novice who was nevertheless successful in outpacing Hillary Clinton's performance by over 35 points earlier this month, Ojeda captured headlines for having voted for President Trump and embracing the description "JFK with tattoos and a bench press."
"Let me tell you something, we can do this. I think that I relate to the people far more than what the president can ever relate to these people," said Ojeda, as he announced his run last week."

Rep. Beto O'Rourke
O'Rourke's near-miss in his Texas Senate race against Sen. Ted Cruz riveted Democrats across the country who poured a record amount of money into the third-term congressman's campaign and won him an army of supporters who are already hoping that his newfound fame will lead him into the presidential race.
But asked about the possibility by TMZ earlier this month, O'Rourke said. “I haven’t made any decisions about anything.”
Sen. Bernie Sanders
Sanders, who was Clinton's primary rival in 2016, admitted in recent days that he is "looking at" running in 2020.
“I haven’t made any decisions about anything," he told MSNBC Sunday.
The Vermont senator, who recently turned 77, was active on the trail this year, endorsing a large number of progressive candidates coast-to-coast and embarking on a 9-state campaign tour that took him through Iowa, Colorado and California, among other states with competitive races.
Tom Steyer
The billionaire Steyer, a prolific Democratic donor who amassed a large following via his "Need to Impeach" organization, released a platform of five rights this week that he is calling on the party to champion ahead of 2020.
Steyer is further embarking on a conversation tour starting in South Carolina in December and has previously commented on the prospect of a 2020 bid: "I'm not ruling it out."
Rep. Eric Swalwell
Two days after Election Day, Politico reported that Swalwell, a third-term California congressman, was planning to run in 2020. Currently 38-years-old, Swalwell would be youngest president in United States history if he is successful.
A native of Iowa, Swalwell was an early endorser of former Maryland Gov. Martin O'Malley's 2015 Democratic primary bid, and has made 13 trips to the state in the last two years, according to the San Joes Mercury News.
Sen. Elizabeth Warren
Warren, who cruised to re-election in Massachusetts this year, has the support of at least one high-profile politician as she considers her 2020 plans.
"I hope she's running for president because I think she would be very easy," President Trump told reporters in October after Warren released results of a DNA test indicating she had distant Native American ancestors.
A prolific fundraiser whose staffers spent time in a number of early primary states, Warren admitted in September that following the midterms she would "take a hard look at running for president."
Copyright © 2018, ABC Radio. All rights reserved.