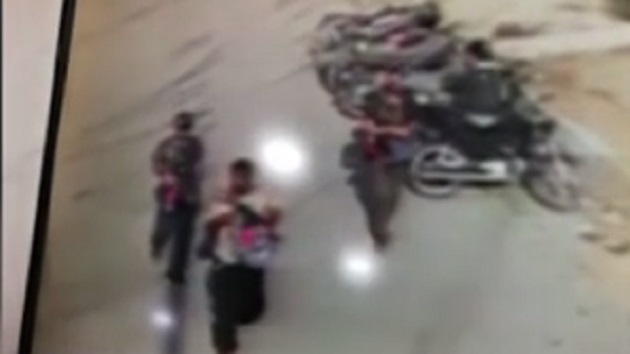 ABC News(KARACHI, Pakistan) — Gunmen stormed the Chinese consulate in Pakistan's southern port city of Karachi on Friday morning, killing four people, authorities said.
The three assailants, who were armed with automatic rifles, hand grenades and suicide vests, killed two police officers and wounded a private security guard during a shootout at the consulate, Karachi police said. Two Pakistani civilians, a father and son who had come to collect their visas to China, were also killed, according to police.
The attackers were ultimately gunned down by security forces, according to Karachi police.
All Chinese diplomats and staff inside the consulate were believed to be safe and unharmed, police said.
The Balochistan Liberation Army, a separatist movement from the southwestern province of Balochistan, claimed responsibility via Twitter for the brazen attack in Karachi, the country's largest city and commercial hub. ABC News could not independently confirm the group's involvement.
Attacks by Pakistani separatists over the past year have targeted Chinese nationals as well as personnel and projects linked to the China-Pakistan Economic Corridor (CPEC), Beijing's multi-billion dollar investment into a collection of infrastructure ventures throughout Pakistan. Resource-rich but impoverished Balochistan is at the heart of the mega-project, and separatists there claim the province's resources are being exploited with no benefit for the local population.
Pakistani Prime Minister Imran Khan condemned Friday's attack, describing it as a "planned campaign to create unrest in the country by those who do not want Pakistan to prosper."
"The failed attack against the Chinese Consulate was clearly a reaction to the unprecedented trade agreements that resulted from our trip to China," Khan said in a statement via Twitter Friday. "The attack was intended to scare Chinese investors and undermine CPEC. These terrorists will not succeed."