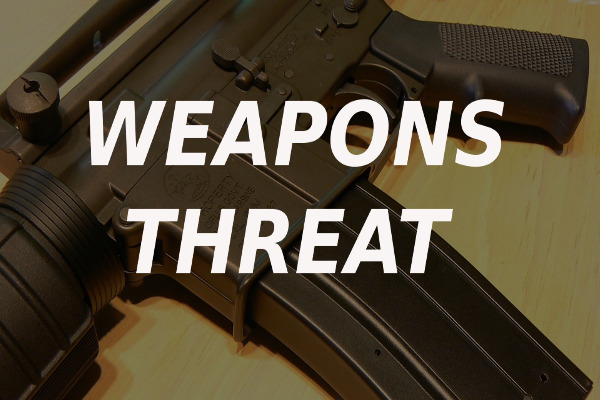 DuBois, PA – A DuBois man will stand trial for making threats to shoot up a store.

58-year-old James Stewart allegedly called the Martin’s store in DuBois on Nov. 9, looking to fill his prescriptions for a sleeping pill and an anti-psychotic medication.

While on the phone with the pharmacy, he became angry and reportedly claimed he would “come in before 9 o’clock and shoot the place up.”

When police went to Stewart’s home to talk to him about it, he became aggressive and tried to flee on his motorized scooter. He said he was going to Martin’s to pick up his prescriptions.

When officers took him into custody, he continued to struggle and spit on police.

He had no guns in his possession when he was arrested, but he did have multiple knives.

Stewart is facing felony charges of terroristic threats and aggravated harassment. He waived his right to a preliminary hearing and remains in jail in lieu of $50,000 bail.

There is no word yet on when his next court date will be.