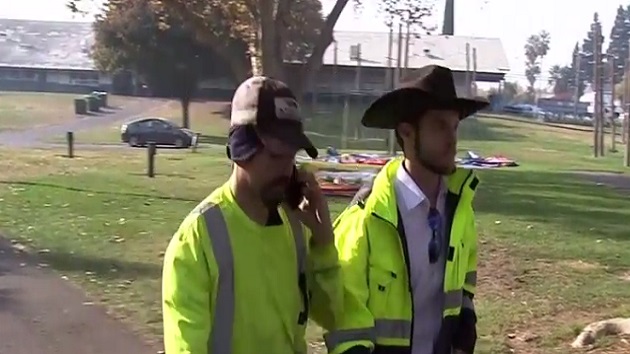 ABC News(PARADISE, Calif.) — Hundreds of people remain missing in the wake of a pair of deadly wildfires that have been burning across both ends of California.
The two monstrous blazes, which both ignited earlier this month, have claimed at least 87 lives while laying waste to a total area of nearly 400 square miles, according to the California Department of Forestry and Fire Protection. Officials said that the remains of at least 64 people have been positively identified so far.
The vast majority of the deaths — 84 in total — were due to the Camp Fire in Northern California's Butte County, making it the deadliest and most destructive wildland fire in the state's history.
The number of people missing or unaccounted for in Butte County was down to 536 on Wednesday evening but back up to 605 on Thursday, according to the Butte County Sheriff's Office. That number is expected to fluctuate as officials continue to account for residents.
"We haven't taken the day off," Butte County Sheriff Kory Honea said in a video message on Thanksgiving Day.
There were 820 people in the field continuing search and rescue efforts on Thursday, as well as over 100 law enforcement officers protecting the areas that have been evacuated due to the Camp Fire, according to Honea.
A multiagency task force, at the request of the Butte County Sheriff's Office, has captured detailed aerial imagery maps of damaged properties in most of the burn areas in the town of Paradise, as well as video surveys and 360-degree drone panoramas of all major roads in the area, according to the sheriff's office.
Officials hope the maps will provide valuable information to the search and recovery teams on the ground, multiple agencies coordinating response and to the residents of the community impacted by the Camp Fire.
"This has been a tough situation for all of us," Honea said in his video message Thursday. "We're in this together. We are Butte County strong."
Firefighters have made significant progress in containing both wildfires in recent days, and much-needed rain is expected to douse the scorched areas through Friday. However, heavy rain could bring new dangers to the burn scar areas in the form of flash floods and mudslides, which would hinder search and rescue efforts.
The National Weather Service has issued a flash flood watch for the burn areas in Northern California.
Here is more about the fires that have been devastating Northern and Southern California.