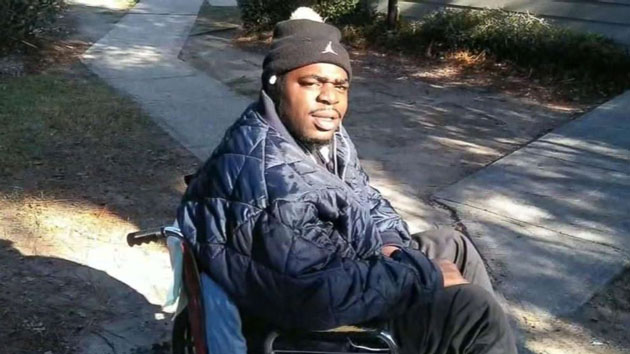 KTRK(HOUSTON) — Newly released video footage shows a gunman shooting two men in front of a Metro bus stop in Houston, Texas, ABC News’ Houston affiliate KTRK-TV reported.
The attack took place on Nov. 4 on Imperial Valley Drive at 11:40 a.m.
Video shows three people walking when a gunman runs up from behind and opens fire.
The group then runs in different dairections. One of the victims, Christopher Bankhead, fell to the ground after a bullet hit him in the back. Another victim was shot in the abdomen, Houston Police said in a statement.
The two shooting victims, both 24, suffered non-life threatening injuries and were sent to Houston Northwest Medical Center, according to police.
Christopher’s mother, Christi Bankhead, 54, said that since coming back from the hospital after emergency surgery, her son has suffered from anxiety and depression.
“He’s in a lot of pain because he was shot in his nerve, spinal cord and his spine,” Bankhead told ABC News. She went on to say that her son, who has three kids to take care of, might not be able to walk again.
“He’s walking among us free, and my son has to be in a wheelchair,” Bankhead said of her son’s assailant.
Christopher Bankhead’s sister, Kedria Bankhead, 21, told ABC News that because he did not have health insurance, the family is struggling to pay for his medication and physical therapy. They have set up a GoFundMe page to help with the costs.
Houston police are still searching for the suspect, and anyone with information are advised to call 713-308-8800.
Copyright © 2018, ABC Radio. All rights reserved.